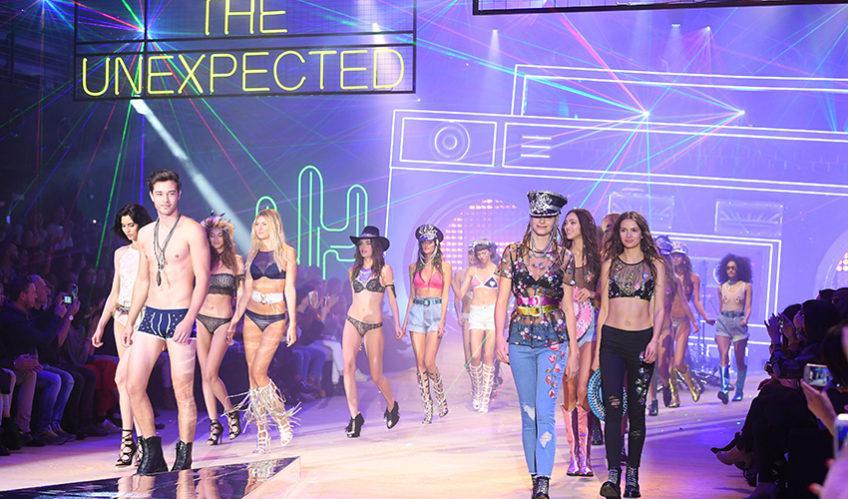 On 4 April 2017, the Calzedonia Group auditorium will be transformed into a light-covered desert as the Tezenis summer fashion show takes on the air of an international festival.

The visionary show will present the Summer 2017 collection, a kaleidoscopic journey into a TEZENIS summer.

A reference to today’s festivals, where new trends and styles are born.

A high-impact scene of sand dunes, set to the sound of a maxi radio which  transports us to the brand’s world, music, and also becomes a surprise door for models as they take the catwalk and special performers as they come on stage.

Freedom becomes the guiding emotion, accompanying us on holiday and ‘on the road’ journeys.

Freedom will also accompany top models down the catwalk, not in a simple runway show, but an extravaganza of colours, music and talent.

On stage, fashion will alternate with performers and musical acts, involving the audience in a fresh, unexpected event.

Colour will be front and centre as intense, bright hues characterise both the collection and the models’ makeup and hair (hair-styling will be by COTRIL). Rich with tones and volume, the scenery will light up with psychedelic neon lights in true chromatic splendour.

The new summer garments will be presented like looks from a festival, with accessories such as straps and chains, for outfits to wear to a summer party on the beach!

The warm colours of the earth are the stars, seen on crochet and flounce details, combined with light-weight fabrics, rompers and shorts paired with crop tops.

Maritime themes are back for this part of the collection, with star prints, stripes and bandannas, plus a hint of island vibes in stylised palms and colourful geometries.

The military look is brightened with touches of yellow and raspberry red, inspired by the island of Cuba.

Flounces, ruffles and braids set the tone, combining to create a young, modern look in a lively swirl of colours.

The quintessential image of summer 2017, flamingo pink comes alive in the Tezenis collection on a garment which is sure to become the icon of the season.

Underwear as outerwear increasingly becomes an integral part of the outfit’s look.

Ready to enter the world of Tezenis?

The show will have the vibe and energy of a festival, a new experience and a land where secret dreams come alive.

The Spring/Summer Tezenis collection is one which looks to the future, experimenting with shapes, materials and colours.

Like the brand’s DNA, the garments are young, could and sharply on-trend, with particular attention given to recent fashions launched online, on social networking sites and by influencers.

The pieces are aimed at a young, ironic audience which never takes itself too seriously.

For lingerie, the best-seller push-up bras will be back again, with current models such as triangle cups, balconcette and bodysuits which go from underwear to the true, visible stars of an look.

Materials are the new frontier for the classics. Lace is updated with prints, and even the idea of Eighties -style patches gets a new look.

Hosts of the runway show 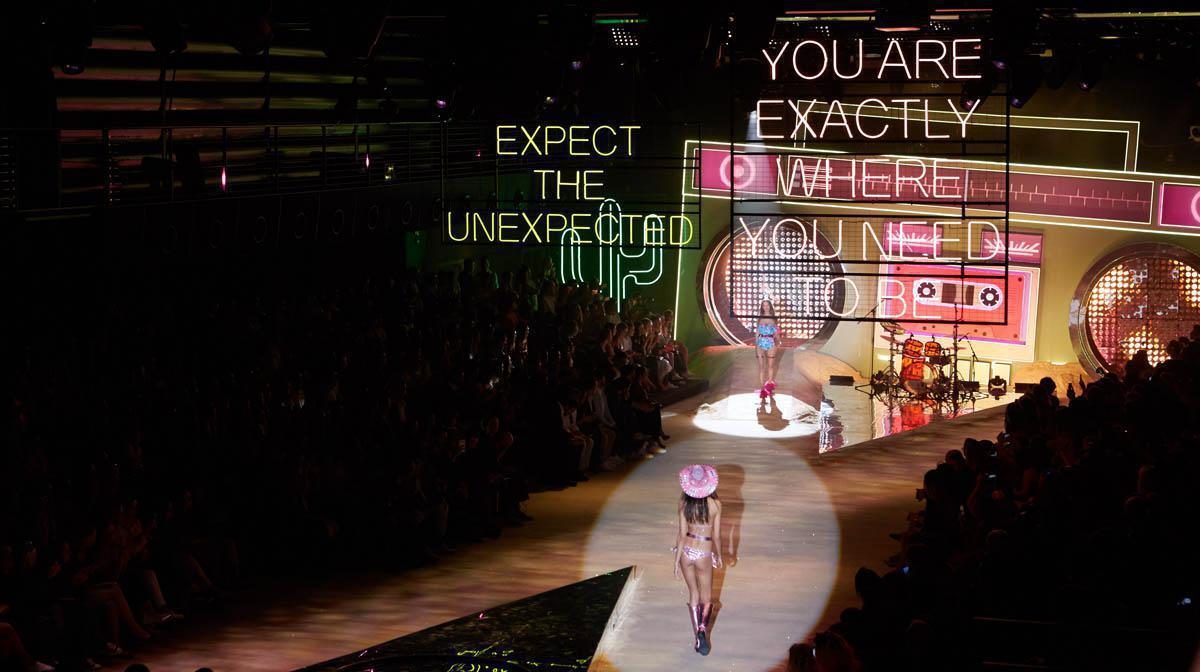 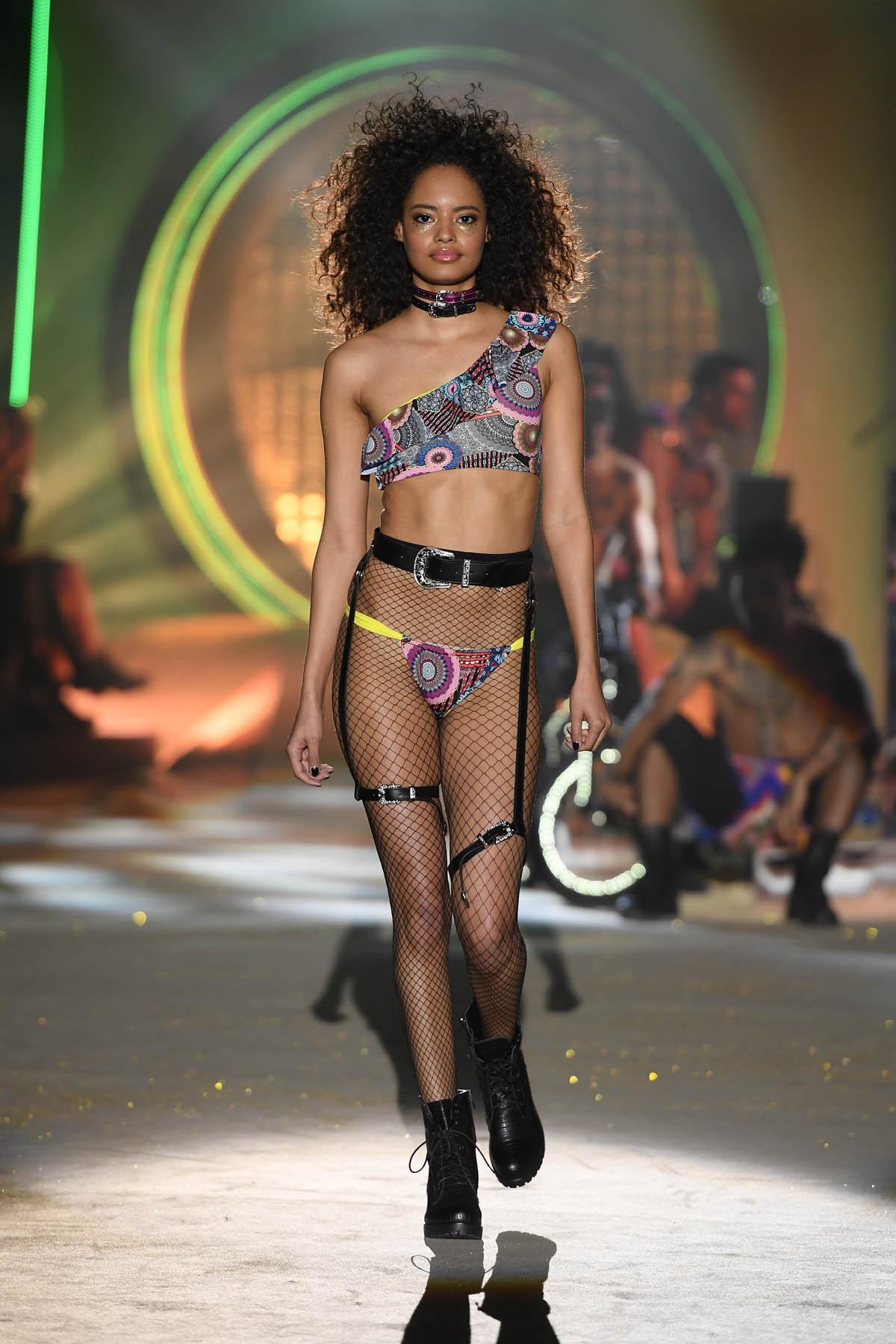 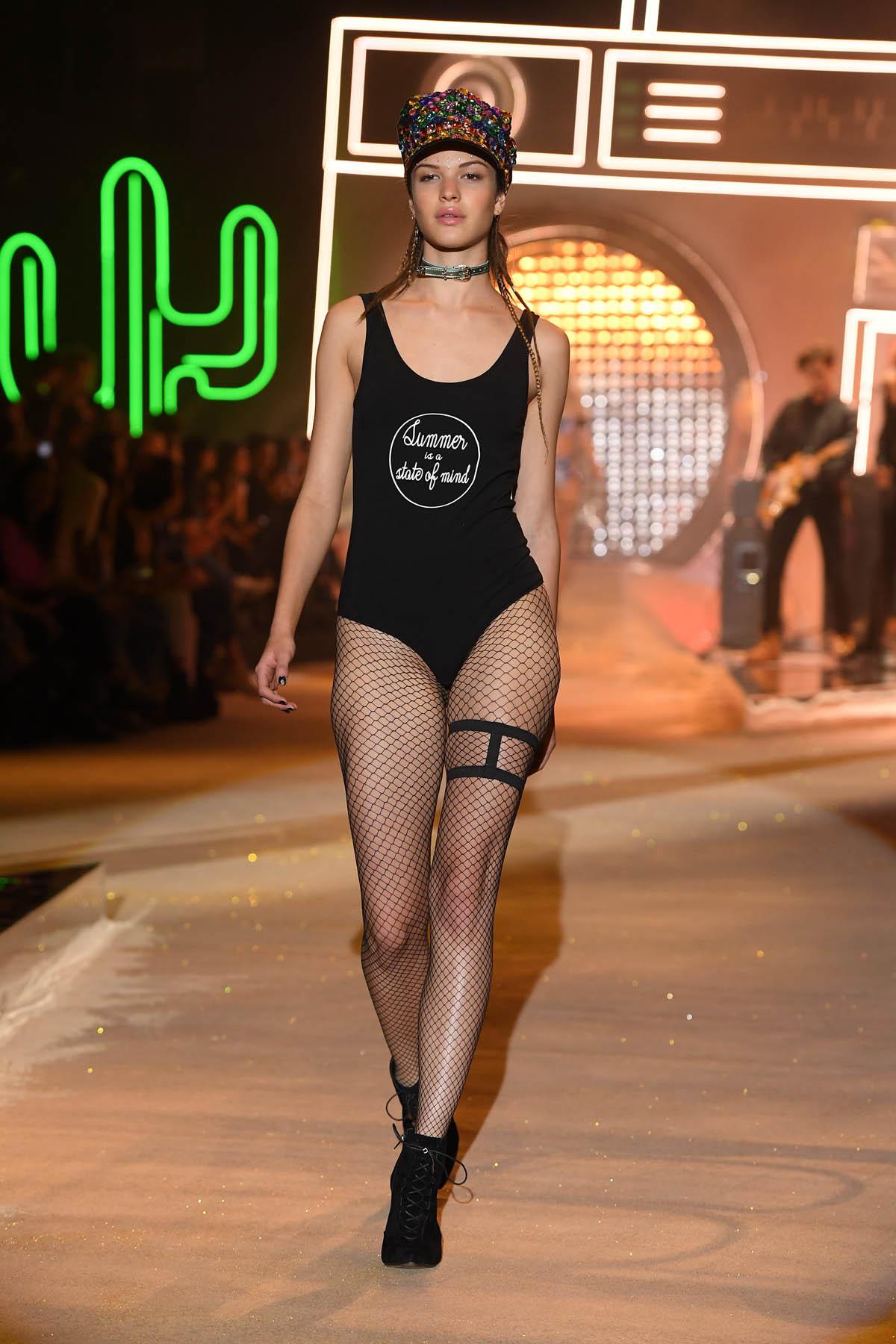 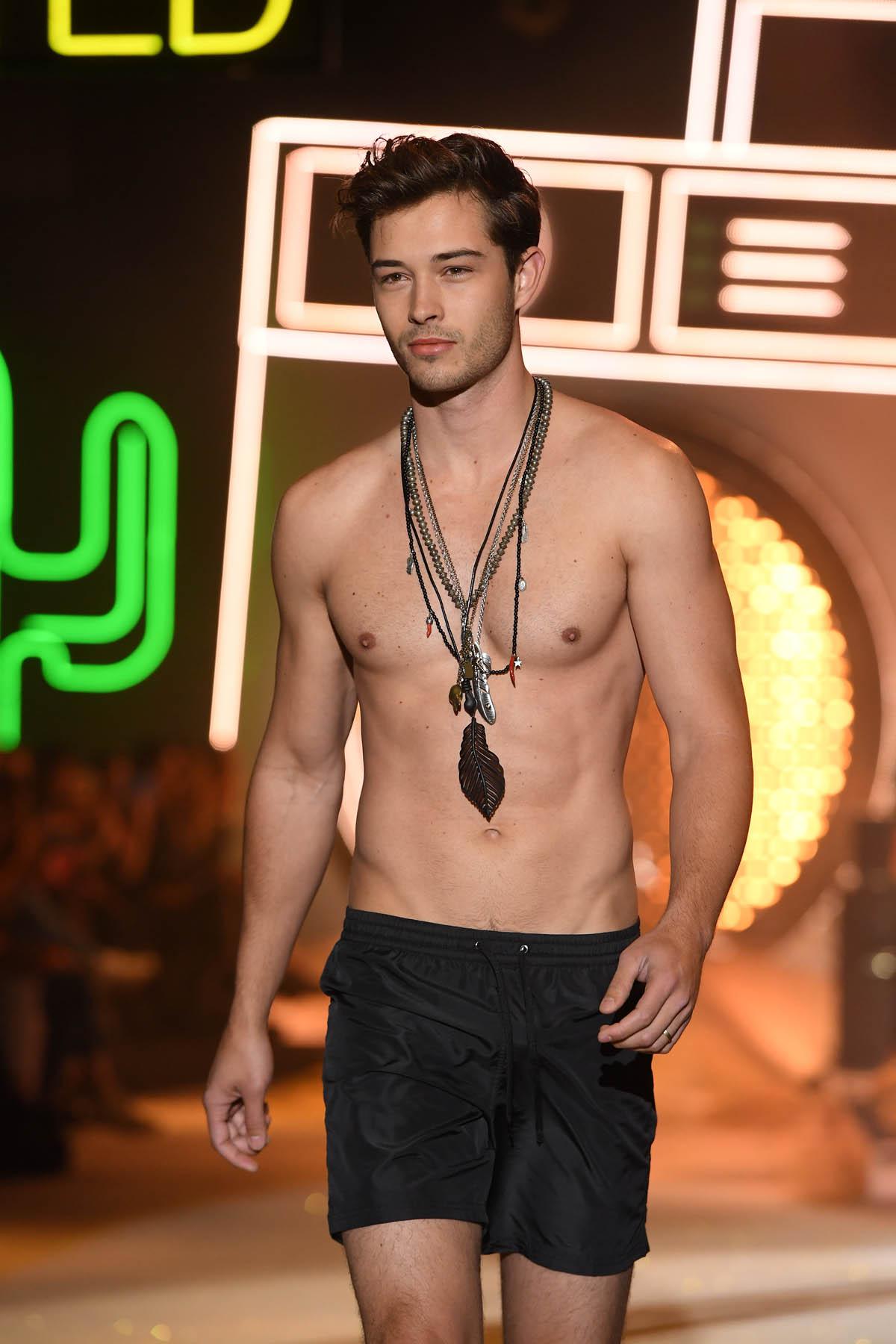 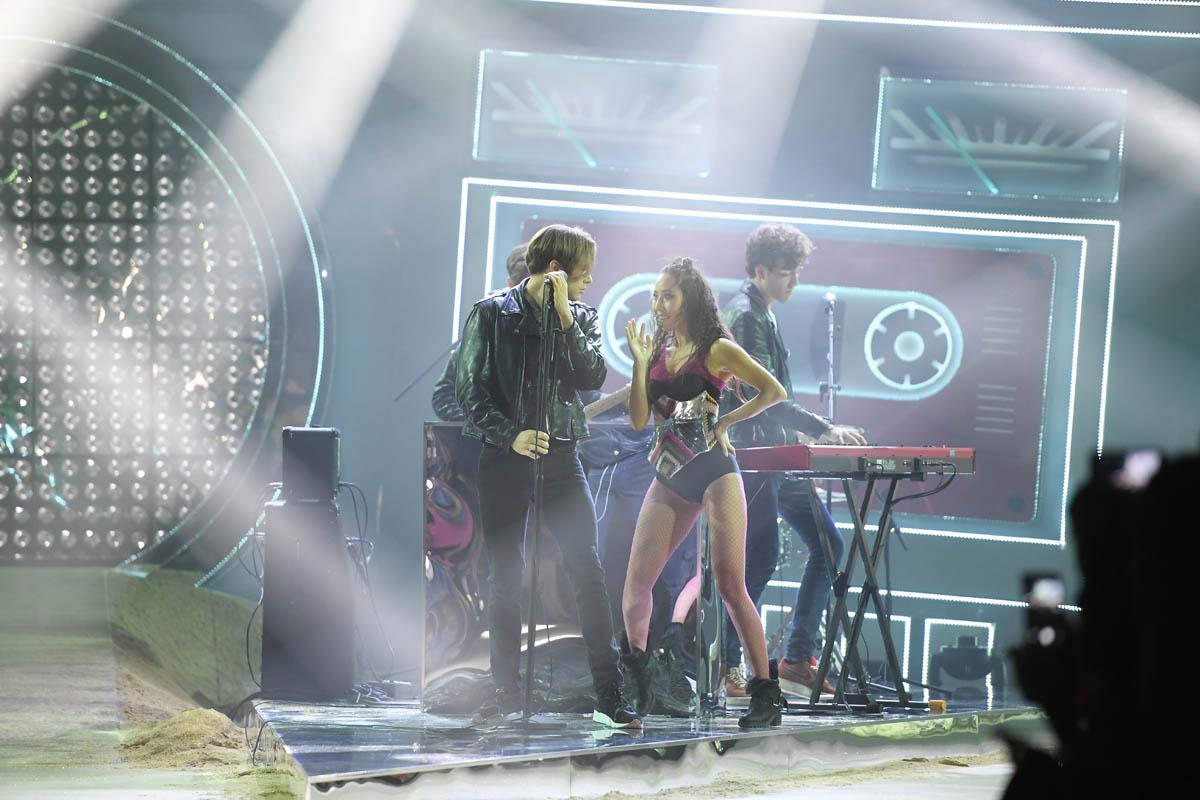 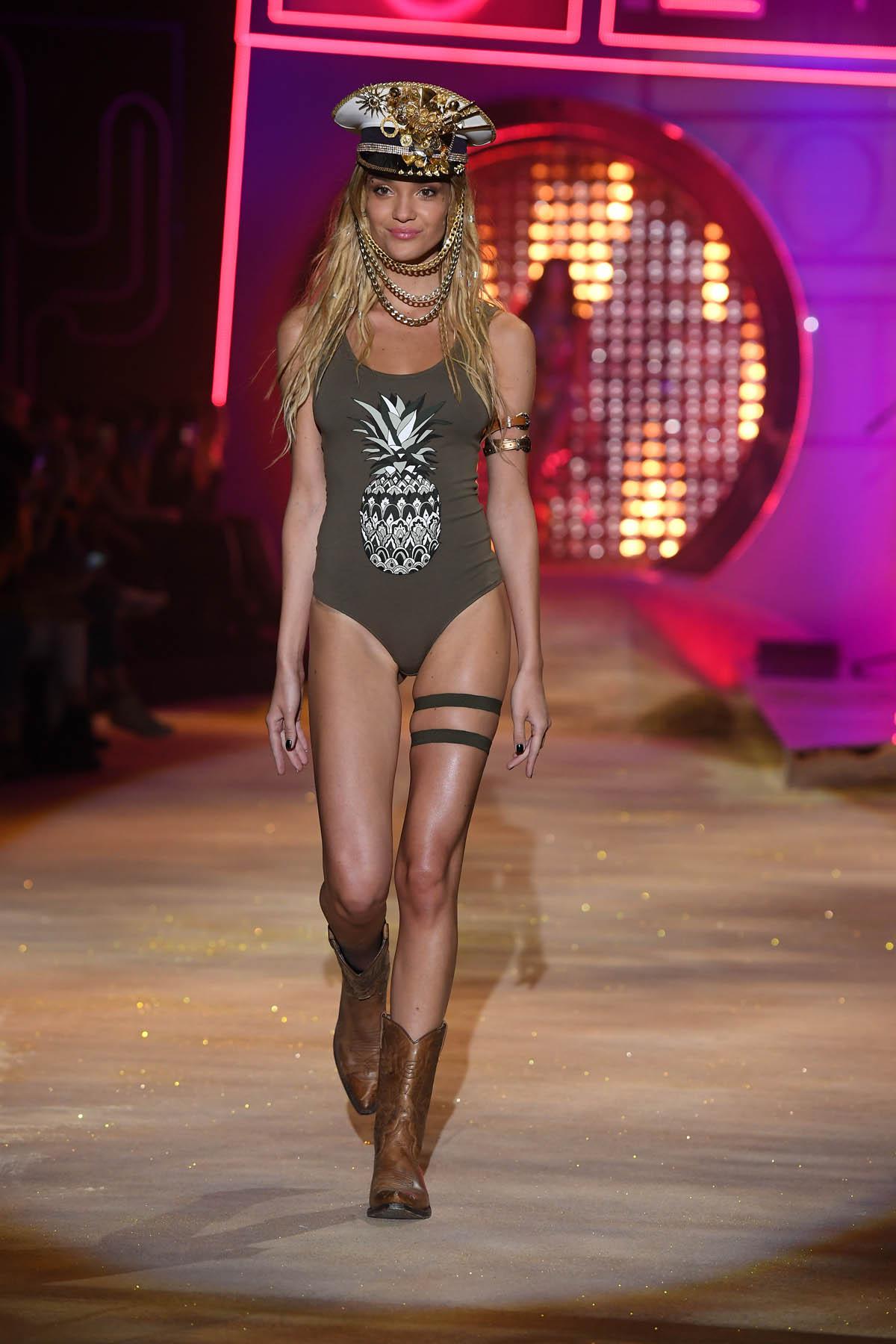 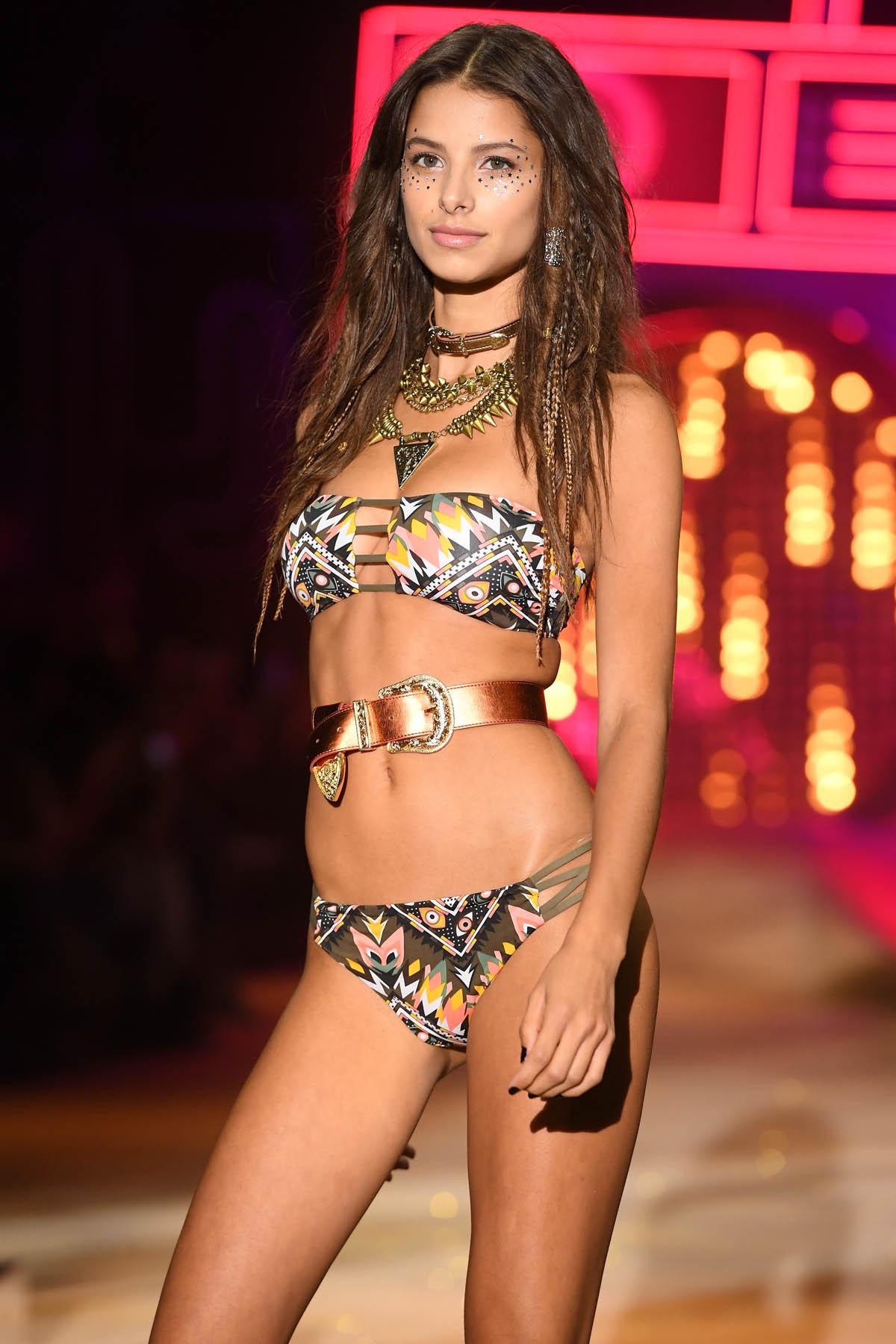 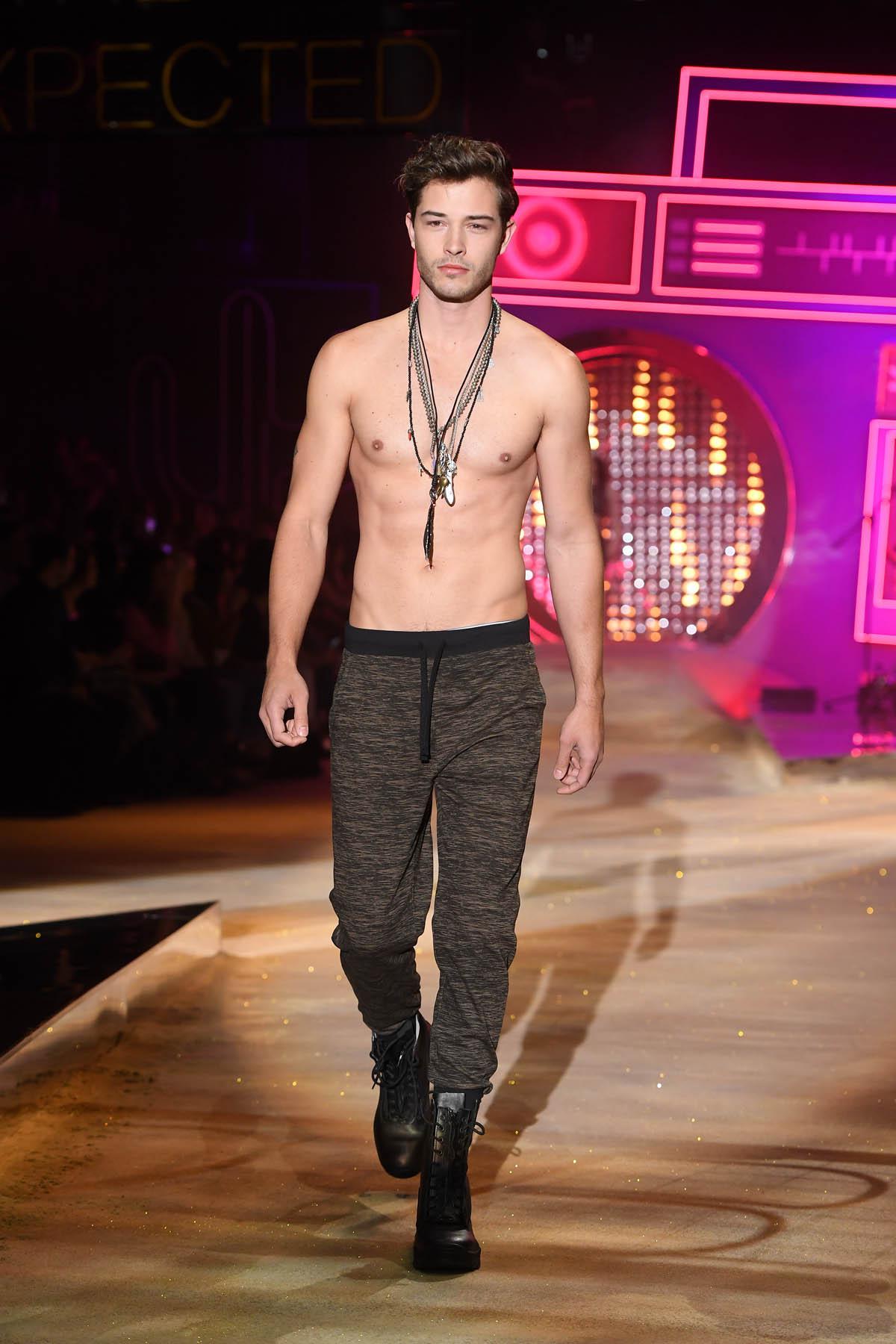 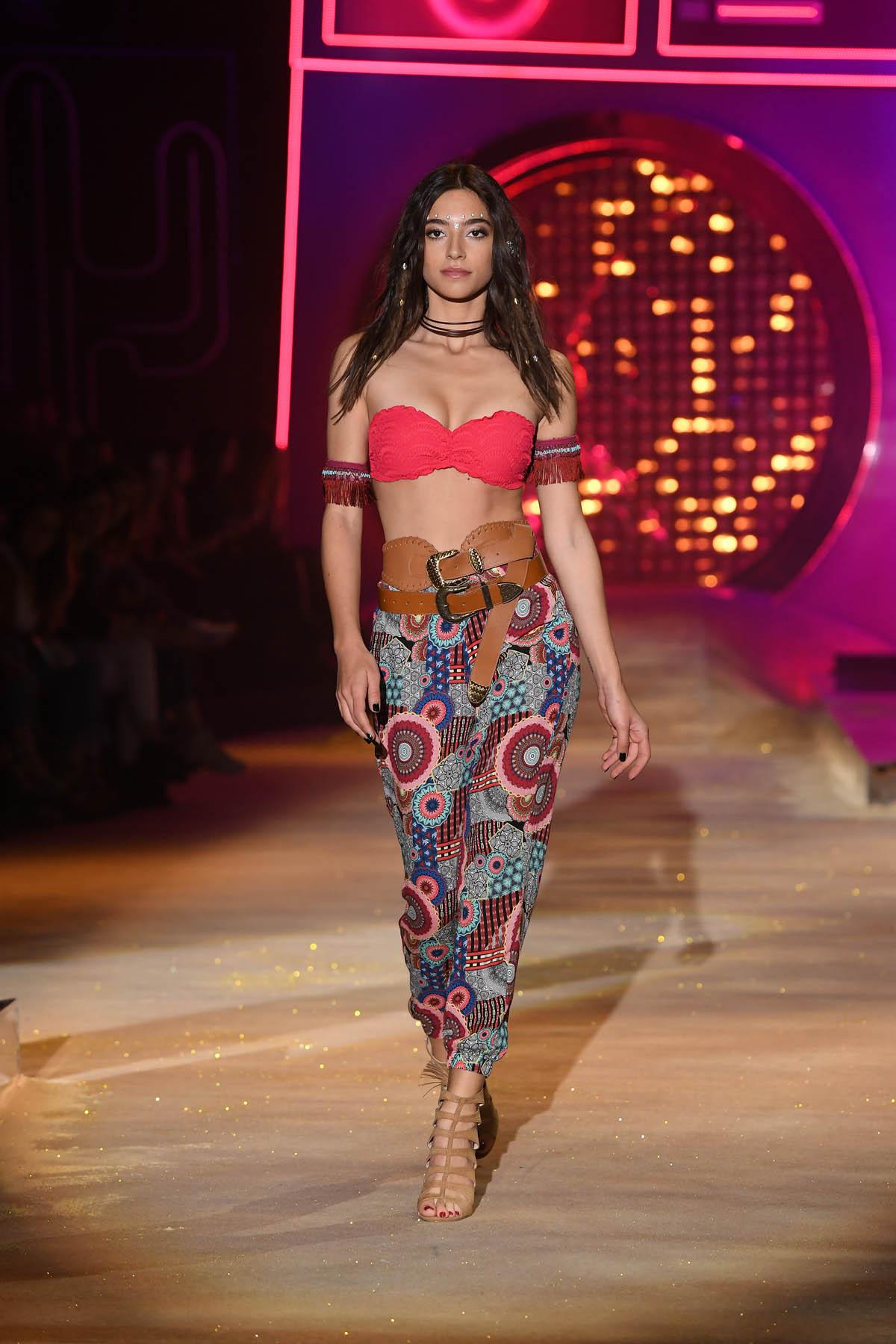 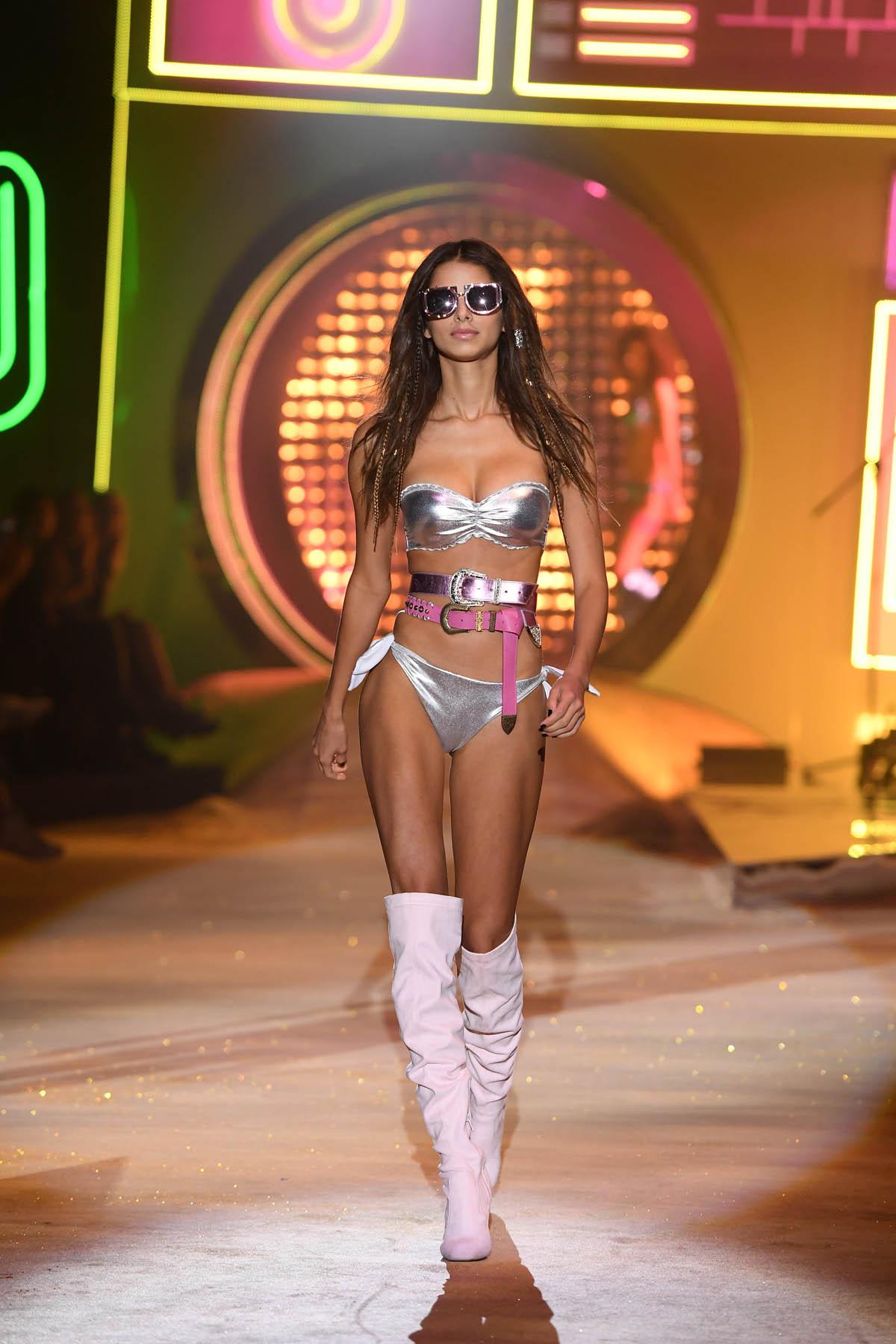 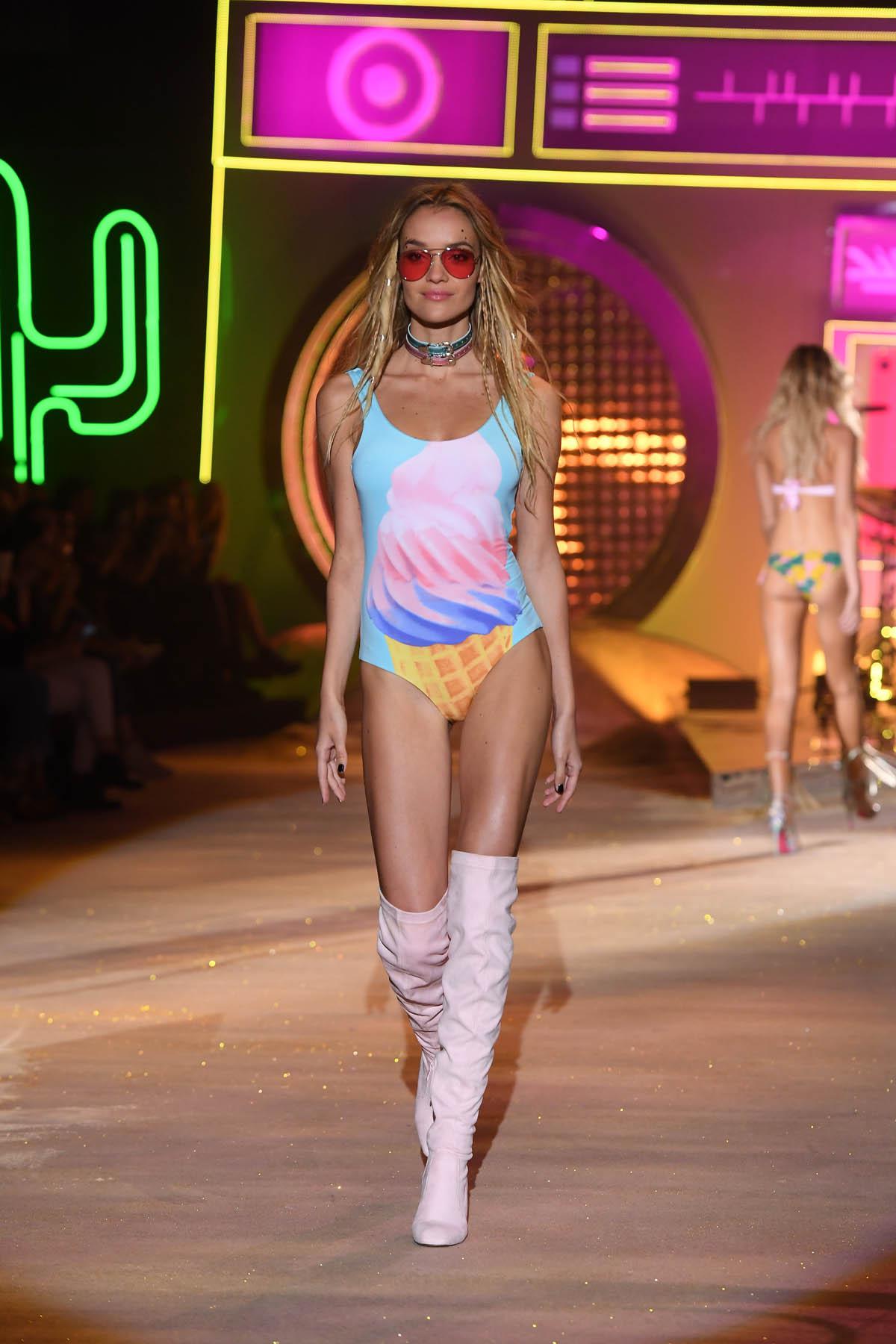 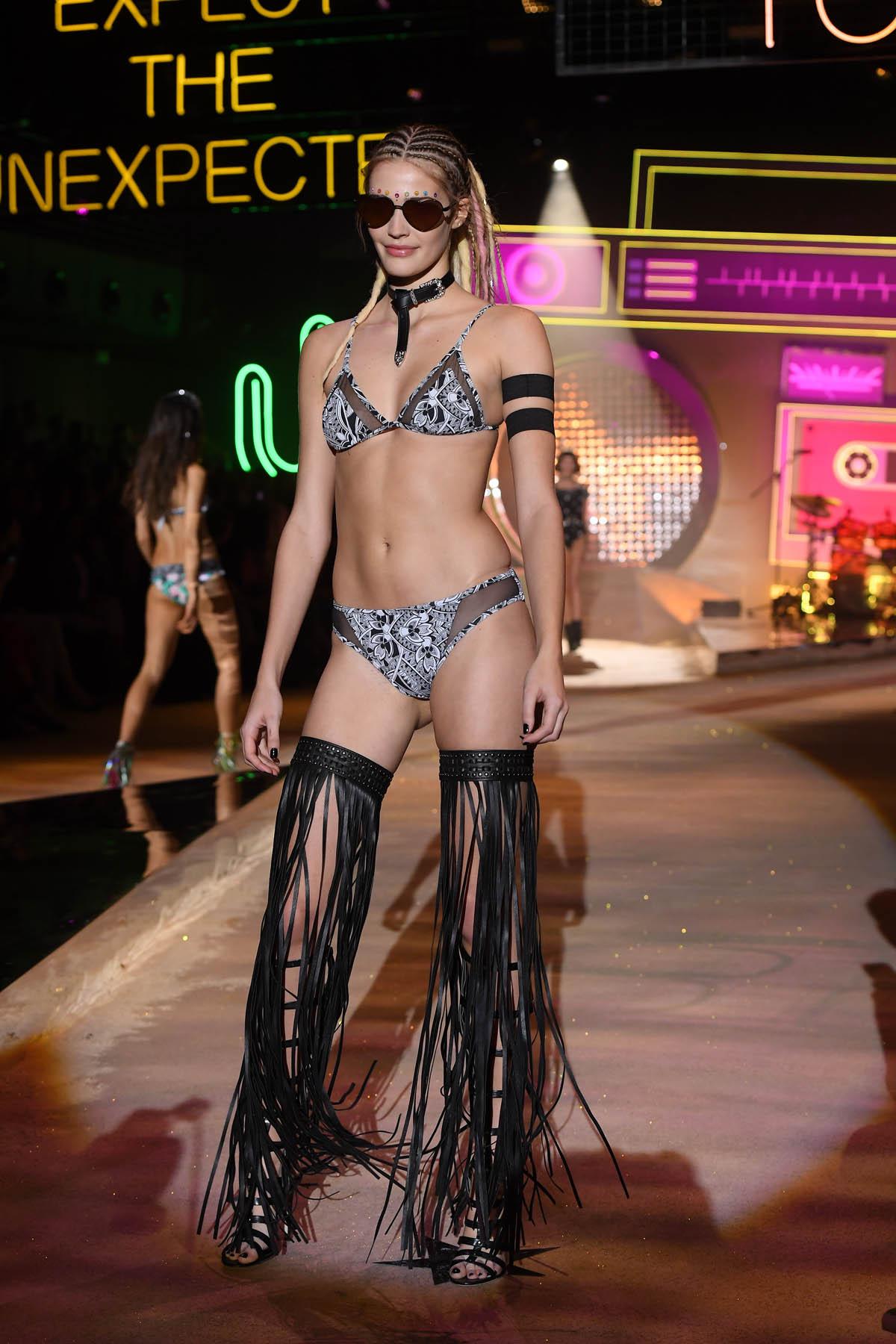 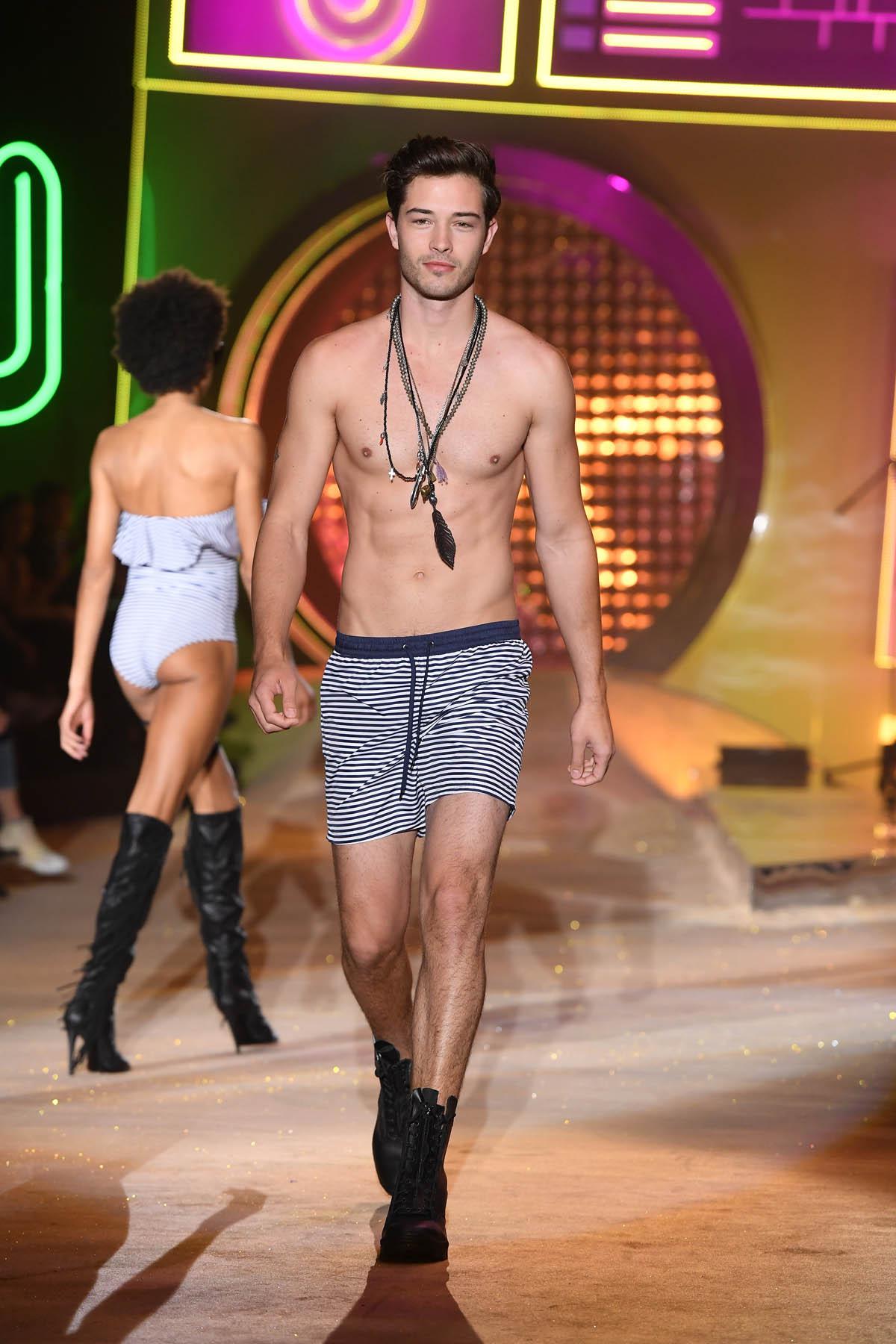 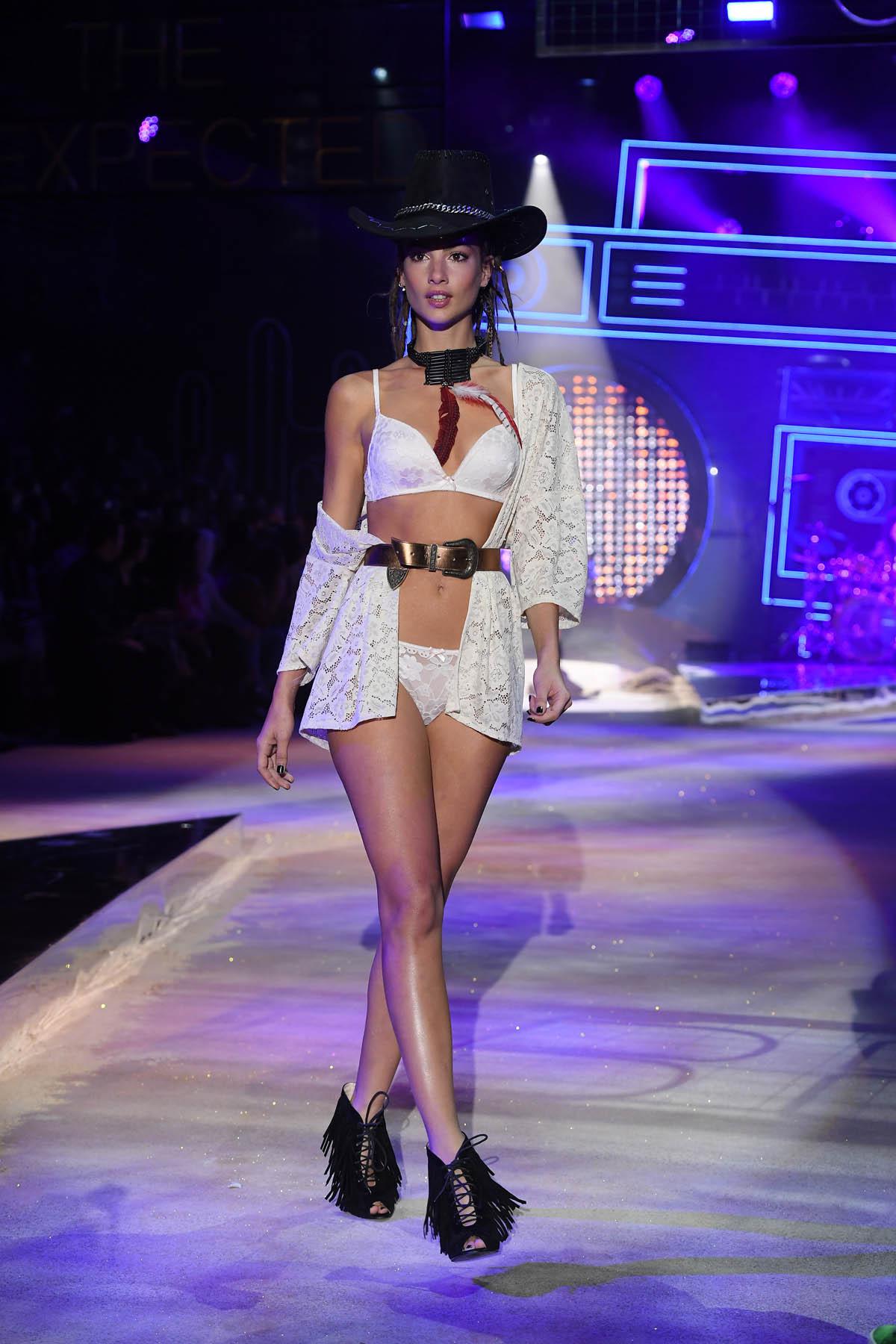 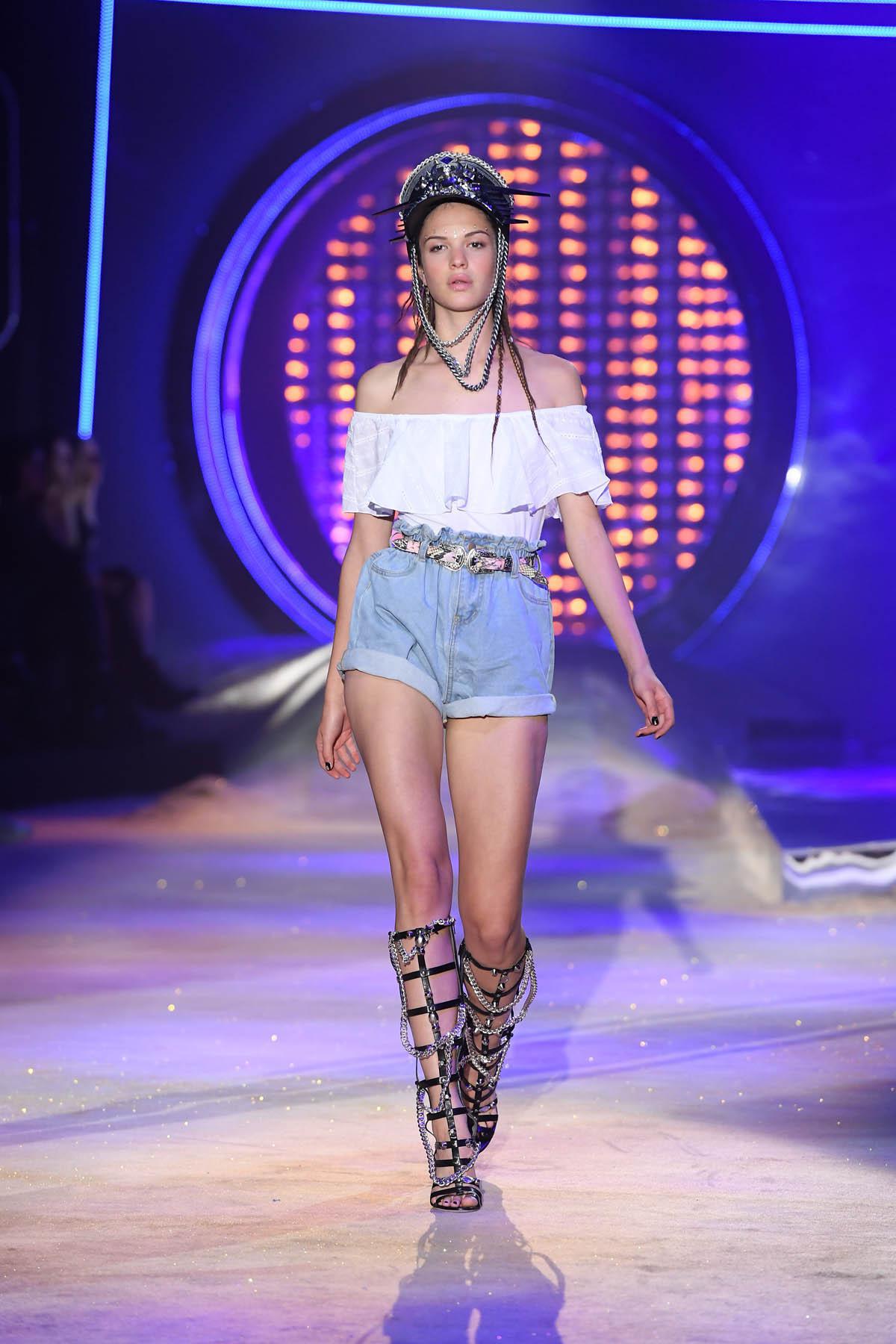 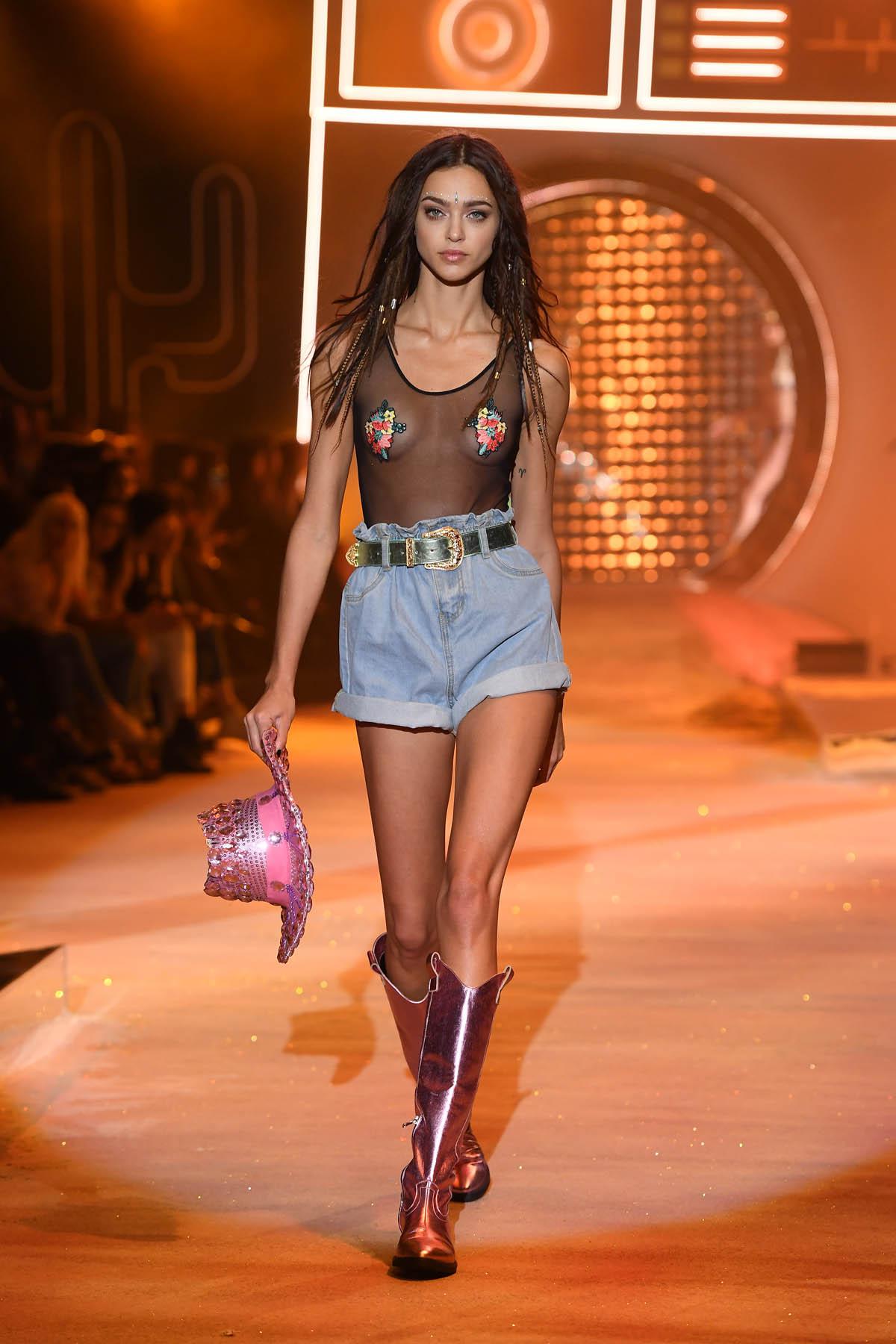 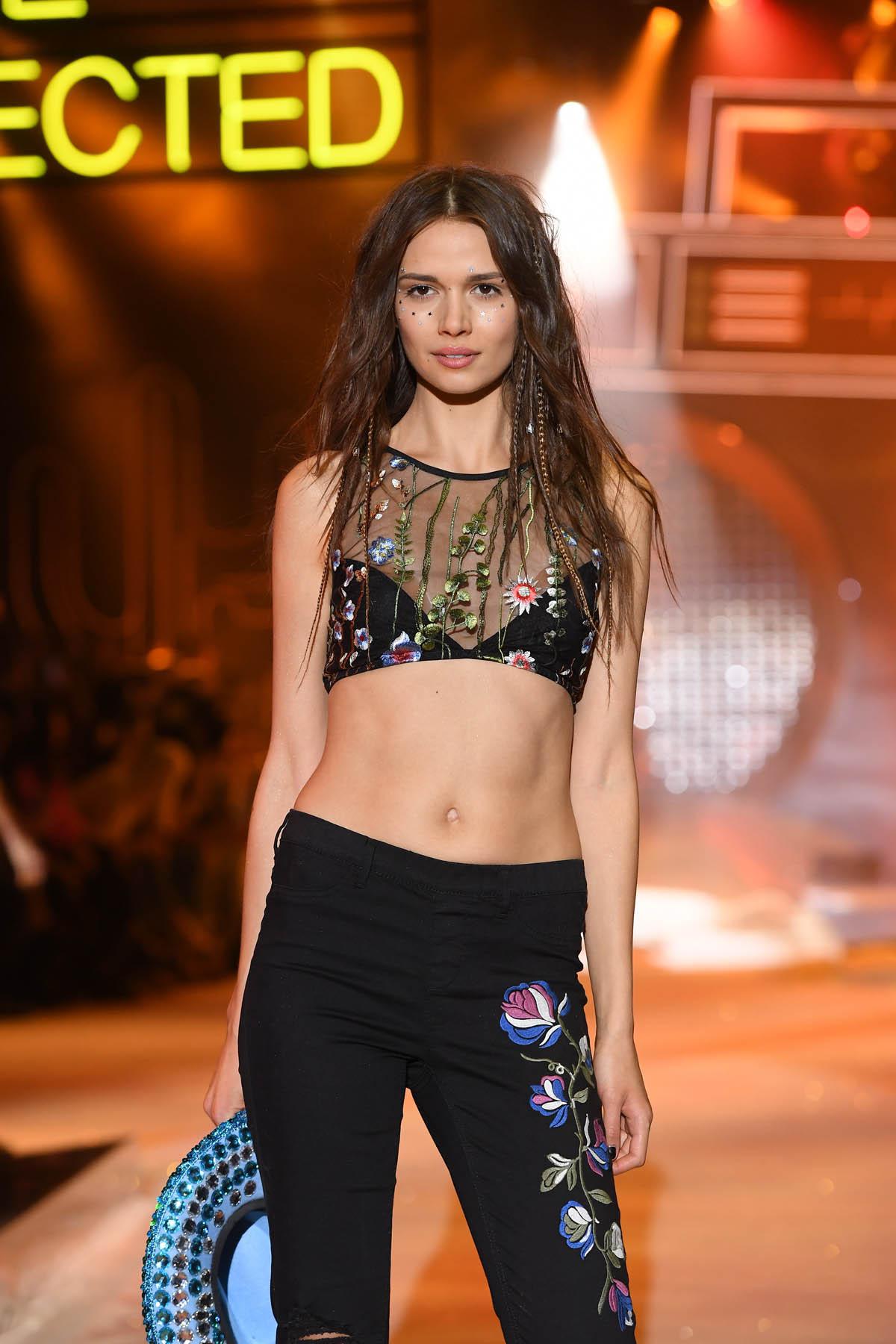 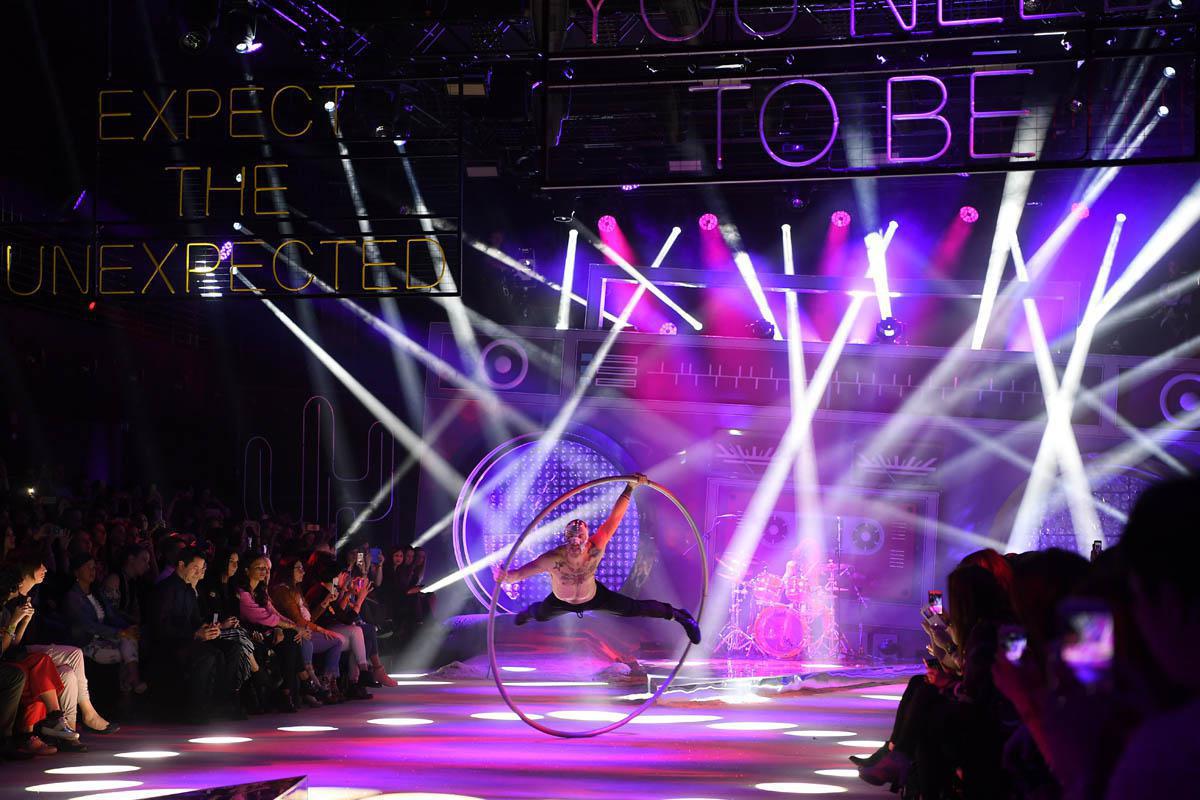 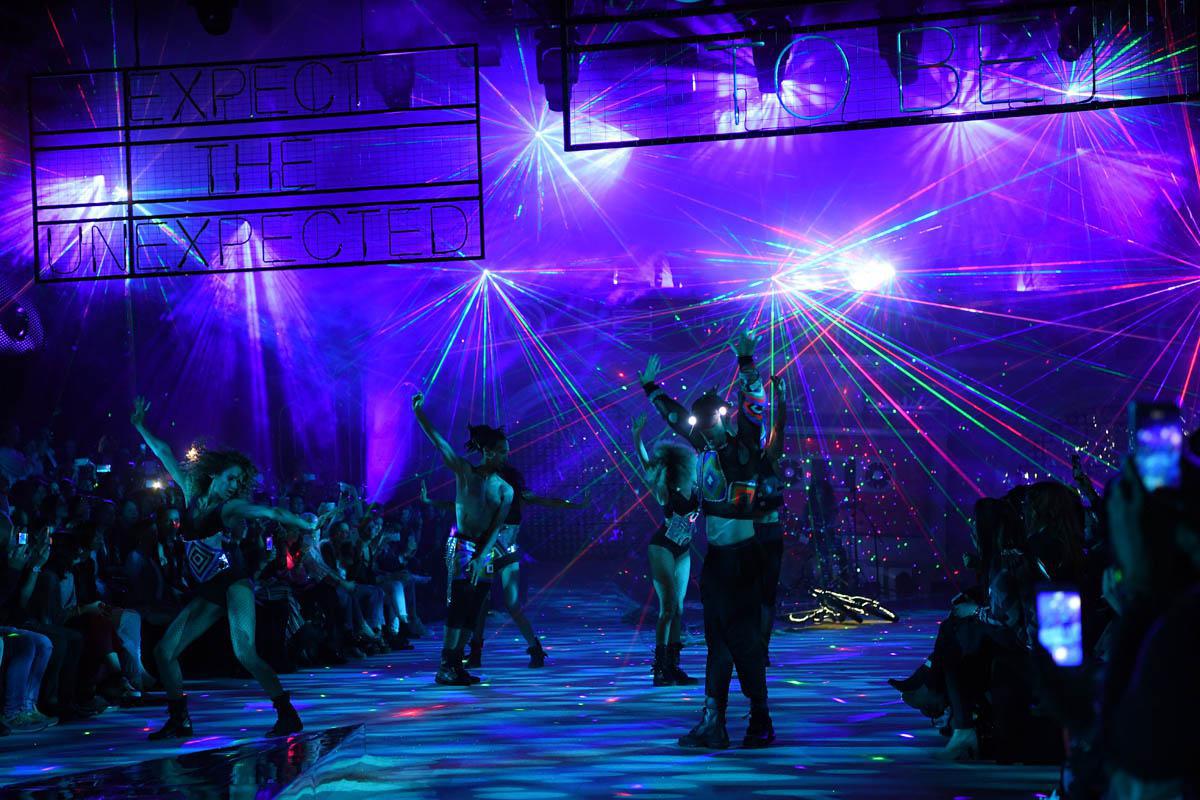 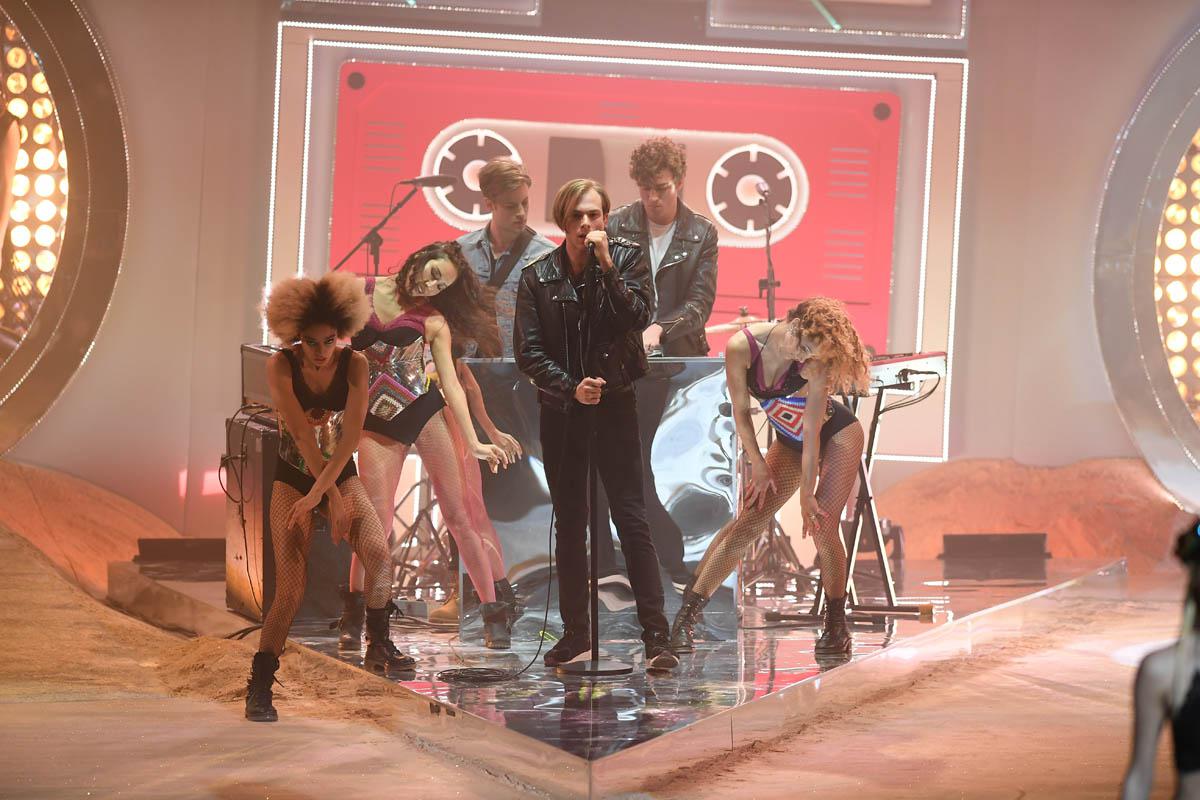 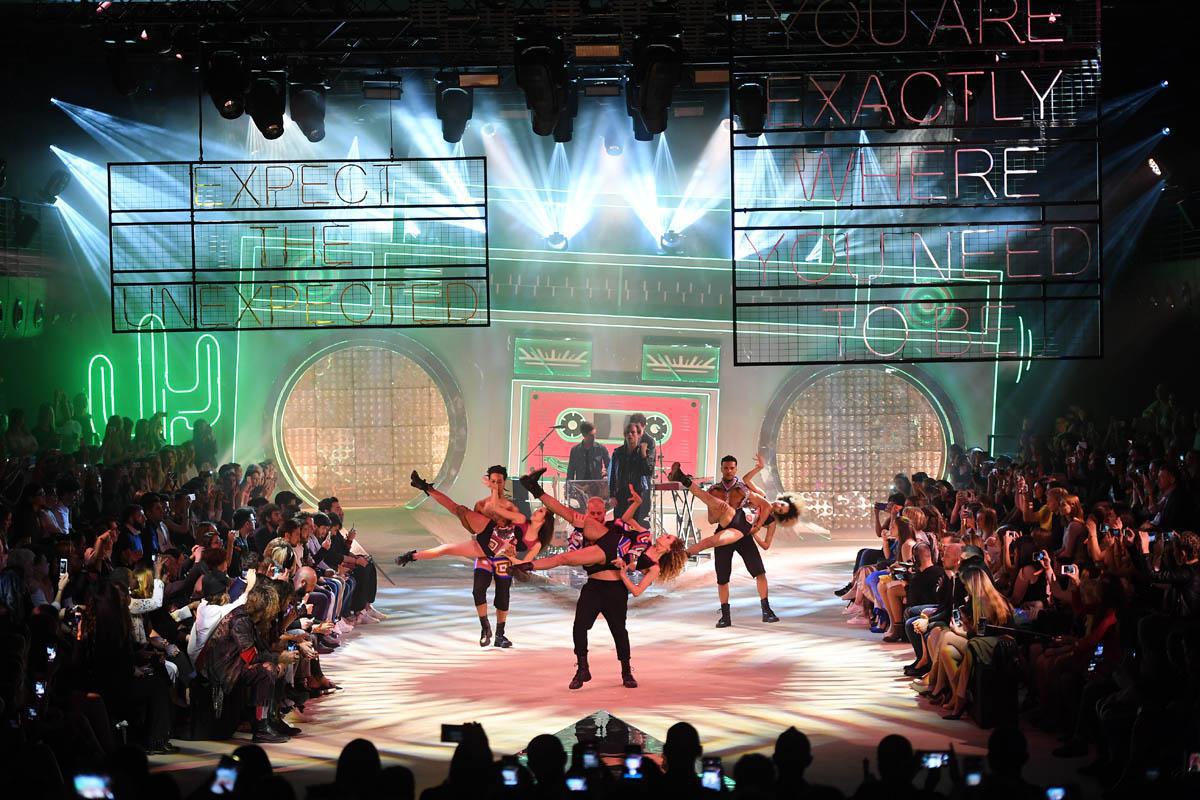 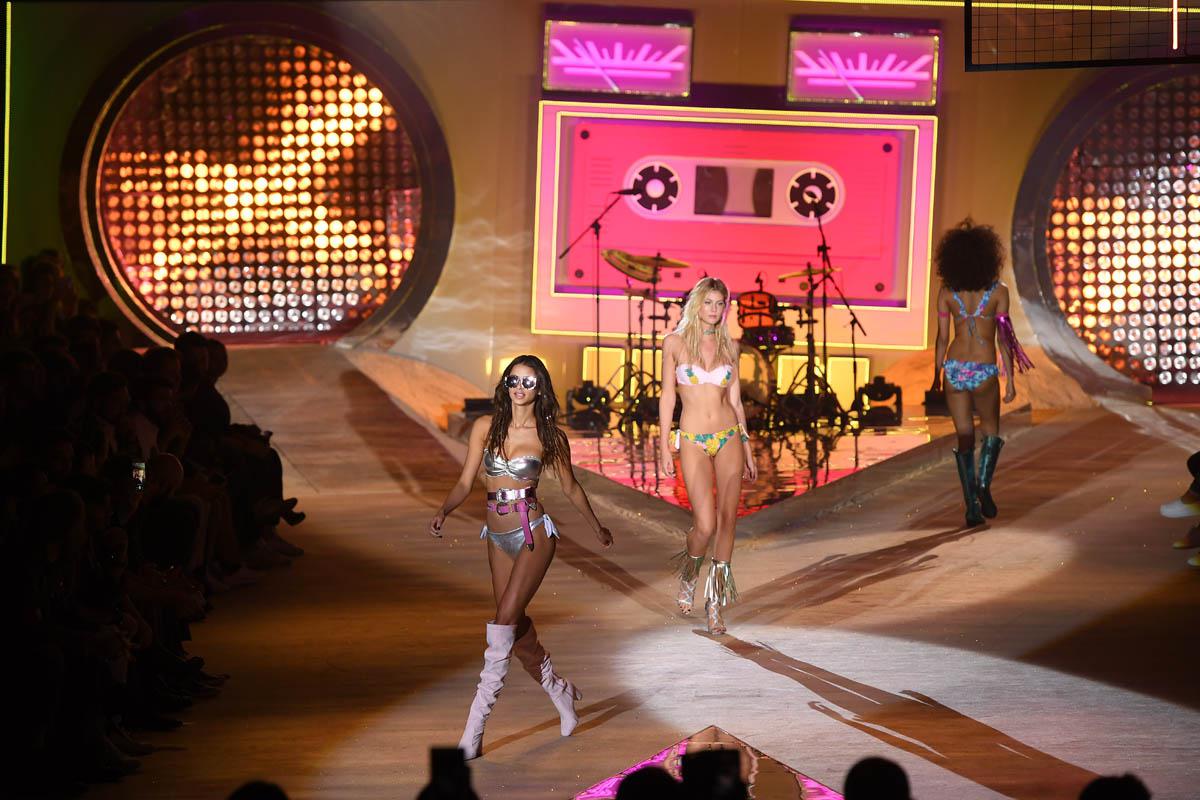 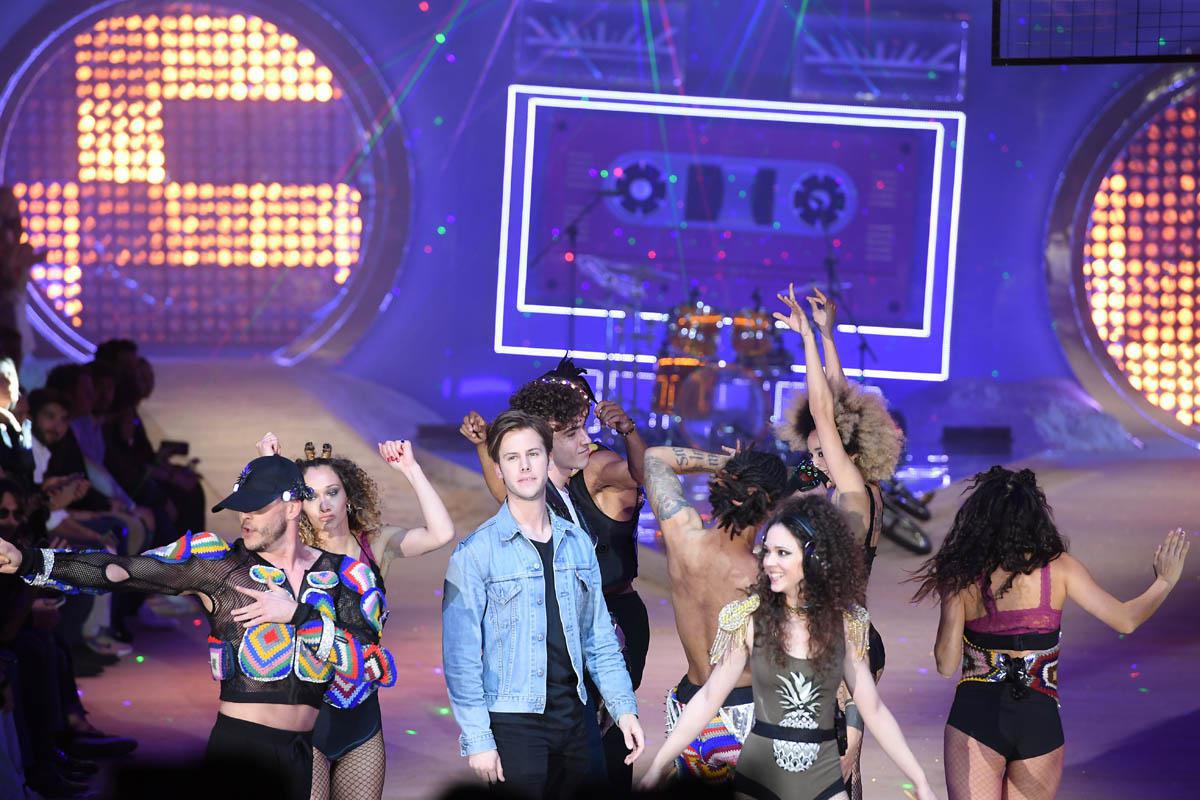