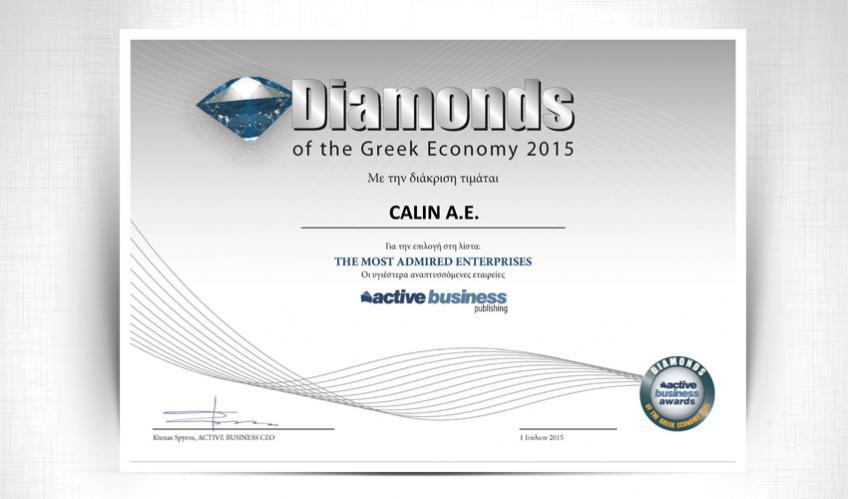 CALIN AE excelled in the Diamonds awards ceremony of the Greek Economy 2015, which Stat Bank organized on Wednesday 1/7.

The aim of the annual event was to award the healthier growing businesses of Greek economy. Stat Bank made its assessment based on 10 strict economic criteria wanting to reward businesses that survived not only the crisis but also the promiscuous ones for the development of the Greek economy.
CALIN GROUP was founded in 1995 and is now a well-established chain stores of the internationally renowned brands CALZEDONIA, INTIMISSIMI and TEZENIS. Clothing, lingerie and swimwear, arrive at the Greek consumer network through 134 stores CALZEDONIA, INTIMISSIMI, and TEZENIS, throughout Greece. The network currently employs 700 workers. From 2009 to 2015 they made 160 recruitments and opened 38 new stores. The 2014 turnover amounted for 80.2 million €.