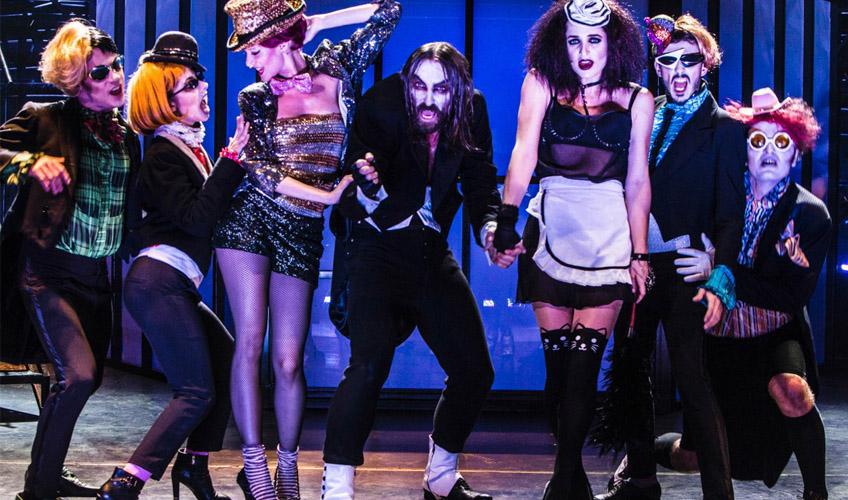 The most cult musical of all time, directed from the revolutionary Constantine Rigos, the Rocky Horror Show, is here in the renewed and historic theatre REX. In this stage party that has become a religion and celebrates diversity and the liberation of the senses, Calzedonia and Intimissimi are also starring on stage. Simply because the modern sophisticated look of the costume stylist George Segredakis, finds in the key items of these two brands, the perfect expressive means to support the unusual character of the iconic sensual theatrical phenomenon that writes its own history for 40 years now. 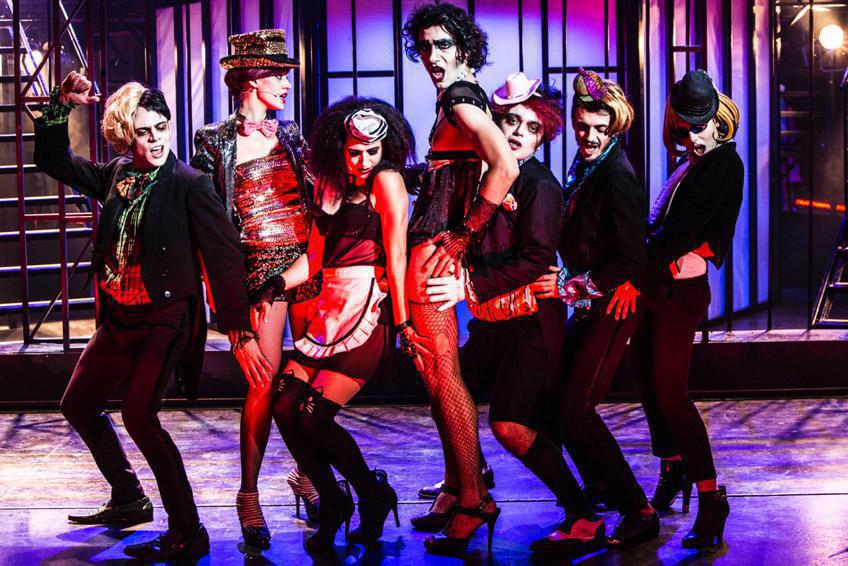 Garters, bustiers and Intimissimi lingerie sets dress the rocky cast, both boys and girls, with the soul of the project, Frank (Constantinos Aspiotis) being a perfectly hedonistic figure.
Highlight: The see through baby doll of Magenta. The white petticoat of Janet. The blue navy bra of Columbia. 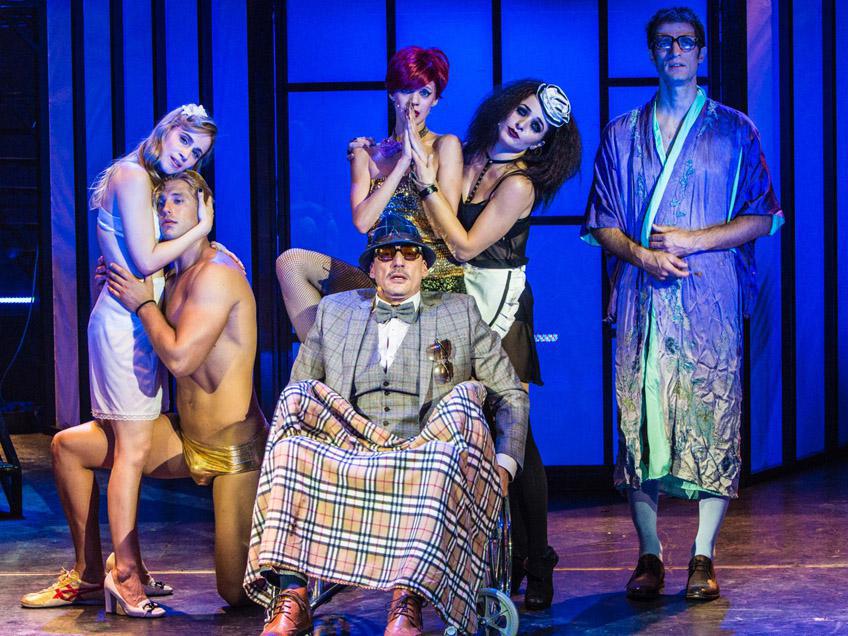 Fishnet tights and Calzedonia socks transform everyone in the cast into dark objects of desire. 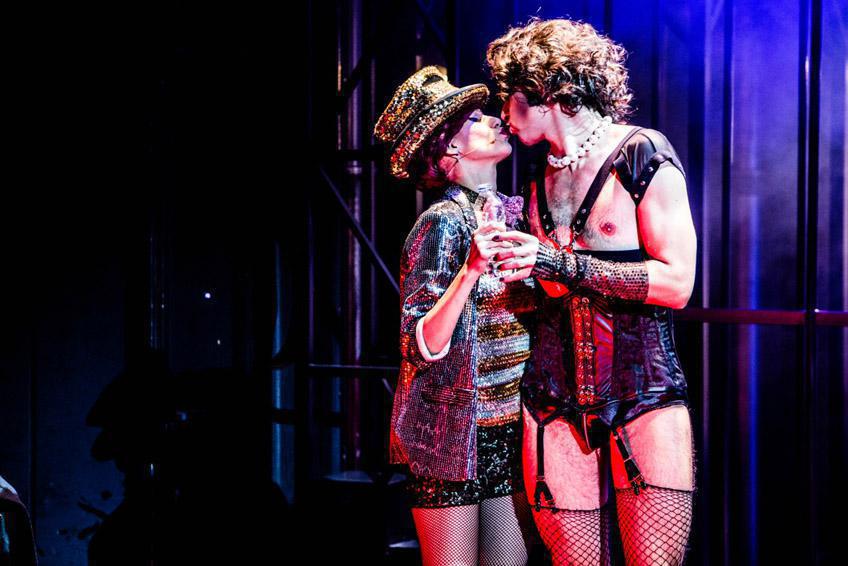 We could go on but we don’t want to spoil it! You better check it out yourselves. 😉