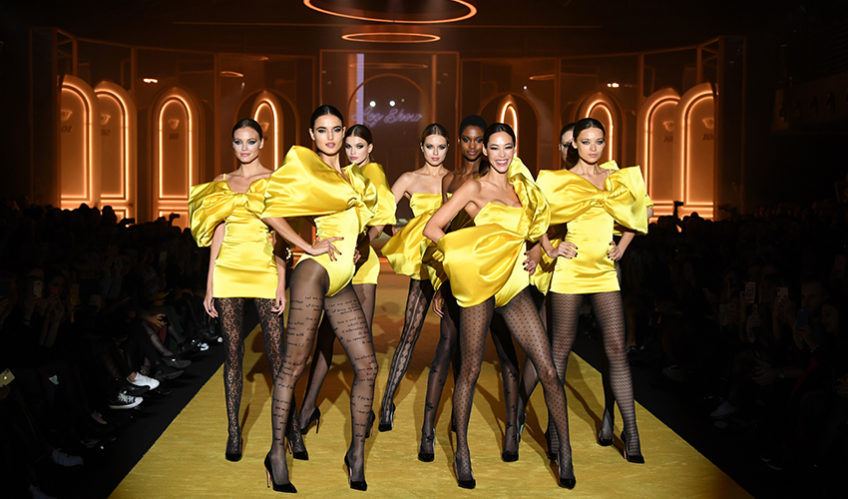 LEGSHOW 2019: FASHION STARTS FROM THE TIGHTS UP

Expectations are sky-high for the second edition of Calzedonia’s LegShow, which will open in Verona on October 8th at 7 p.m. The runway show-event, which will in fact coincide with the 60th anniversary since the invention of tights, seeks to celebrate this garment not as a mere accessory, but as a true star of the female wardrobe; an item that can embellish even the most laid-back looks.

The headquarters of the Verona-based company will provide the setting for the upcoming LegShow 2019 Hotel Edition. The runway will represent the royal entrance to a Grand Hotel, lit up in the back by a wall of rooms whose doors open up and play with lights and shadows giving life to a wide range of different scenes that change in pace with the exits of the FW 19/20 collection.

The order of the day for the season? Logomania! Tights covered in letters and writing, such as maxi-size logos with the letters CLZ or the all-over flock writing wrapped around the leg for a graphic dentelle effect.

For the bolder ladies, metallic and shiny textures become catalysts for even the most distracted glance. Tights and leggings become dazzling weapons of seduction that steal the spotlight from the clothes and light up even the most minimal look.

Patterns play a key role in the creative imagery of the collection. Some of the most appealing are no doubt the Brit-style patterns – such as the houndstooth, the Argyle-style macro-diamonds and Oxford Street pinstripes.

Warm and cozy cashmere versions go hand-in-hand with glitter ribs on various shades of red for a warm and comfortable cocoon effect.

The show will host an exceptional front row with a mix of celebs like Hungarian super model Barbara Palvin, former face of Calzedonia mare and top influencer, with record numbers of followers on the global social scene. The main guest of the show will be Chiara Ferragni, who has been the digital ambassador of the brand for several seasons.

In line with the show’s hôtellerie mood, there will be many digital activations aimed at enhancing

the collection’s macro trend of logomania.

The glam team will be composed by MAC Cosmetics for the make-up, where the crew headed by Michele Magnani will create a make-up. COTRIL will be responsible for the hair styling, thanks to the expert hands of Giovanni Iovino. 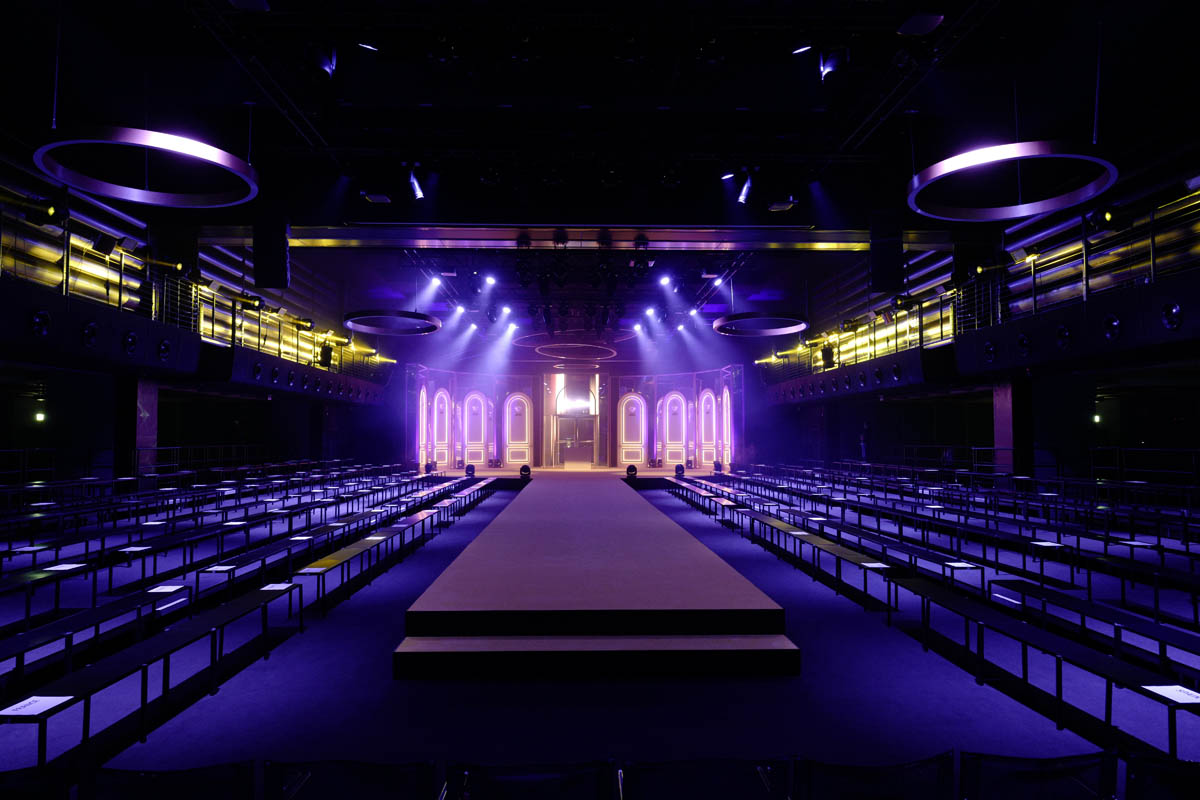 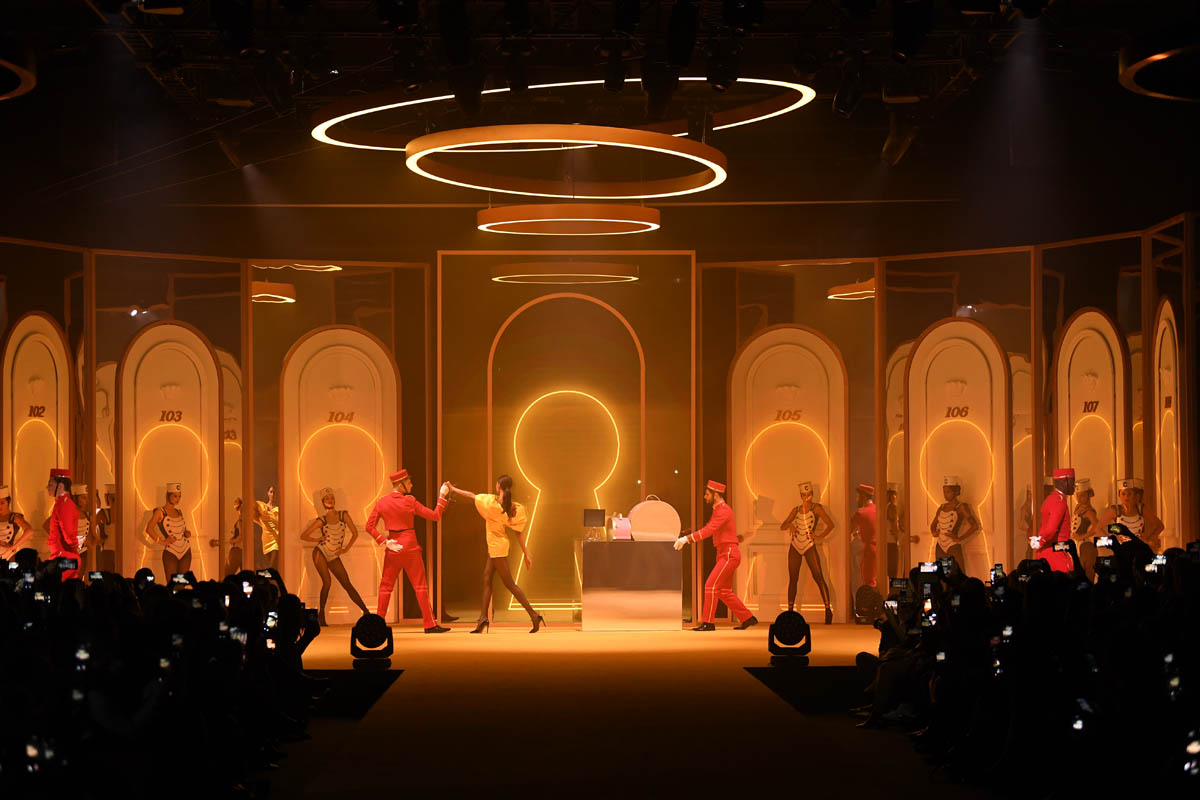 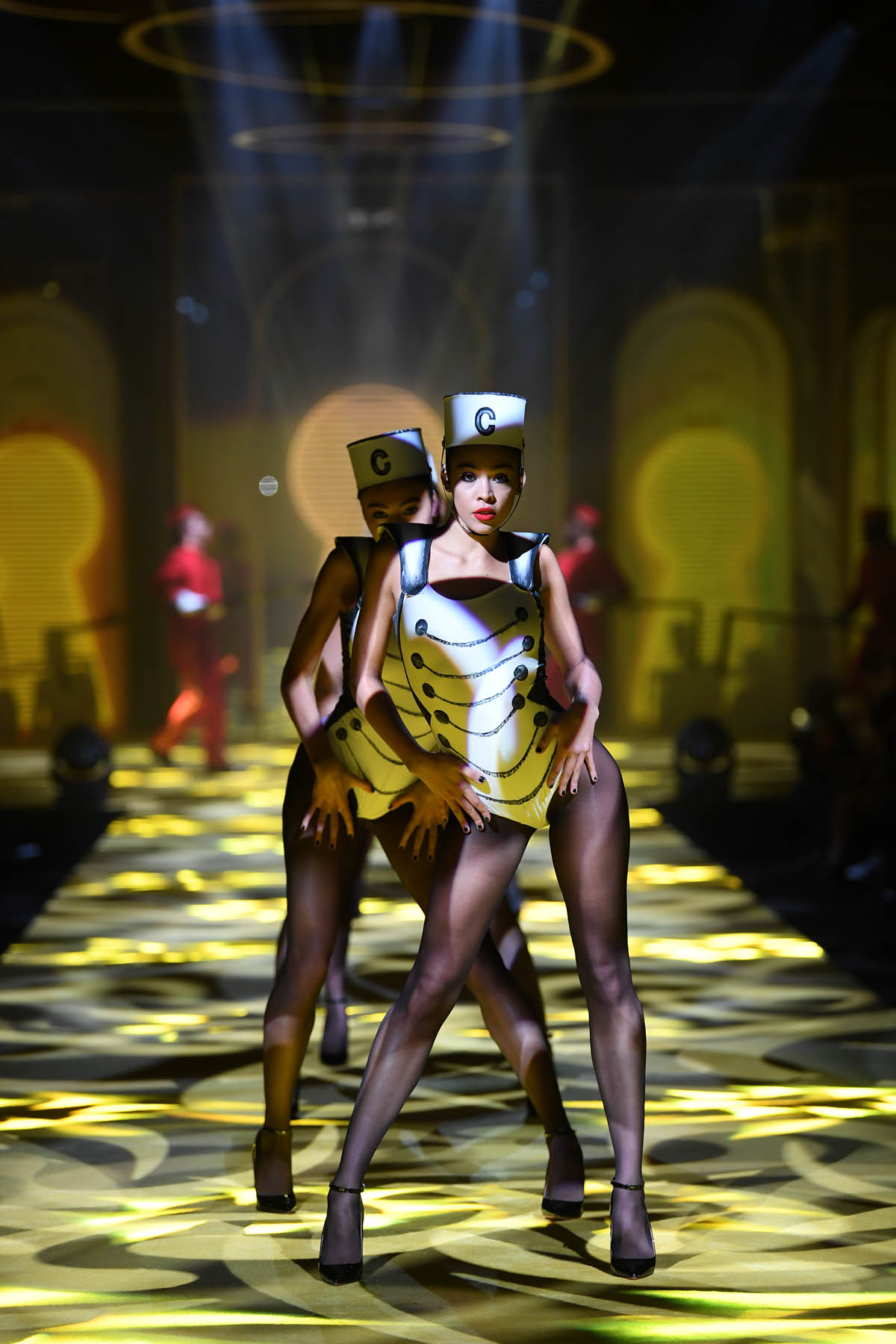 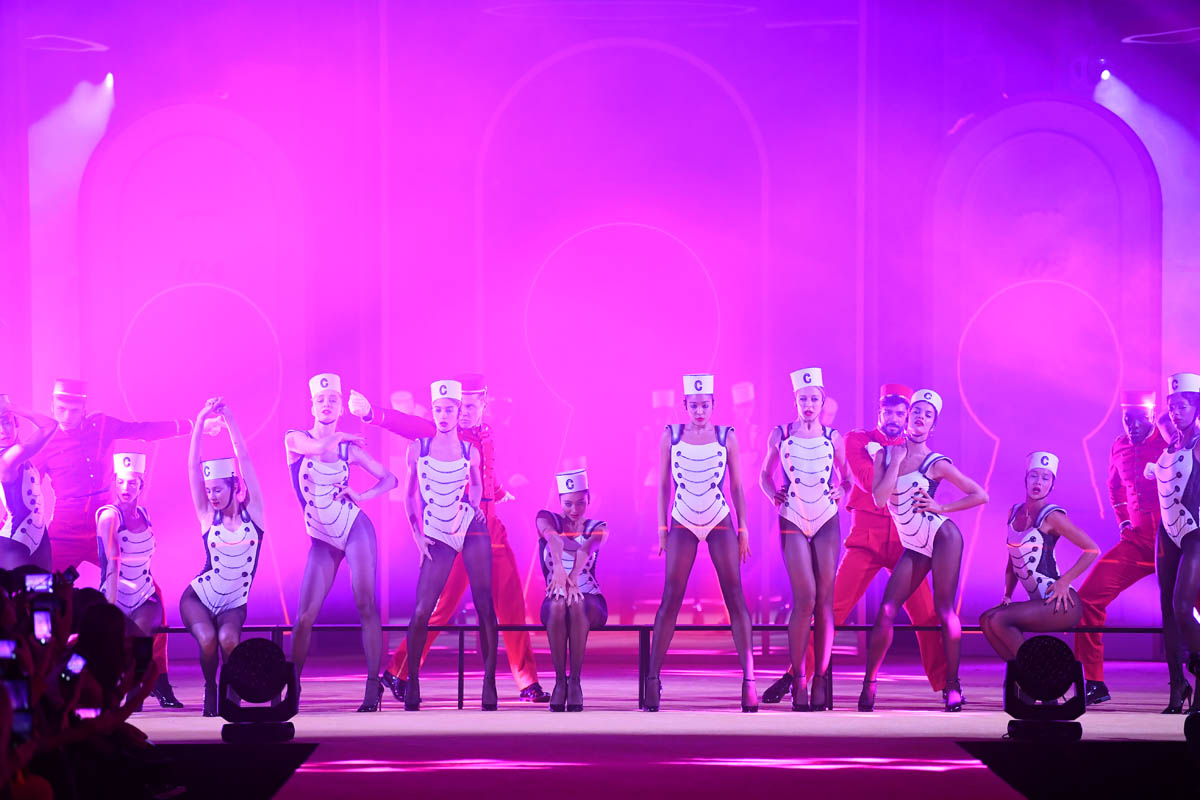 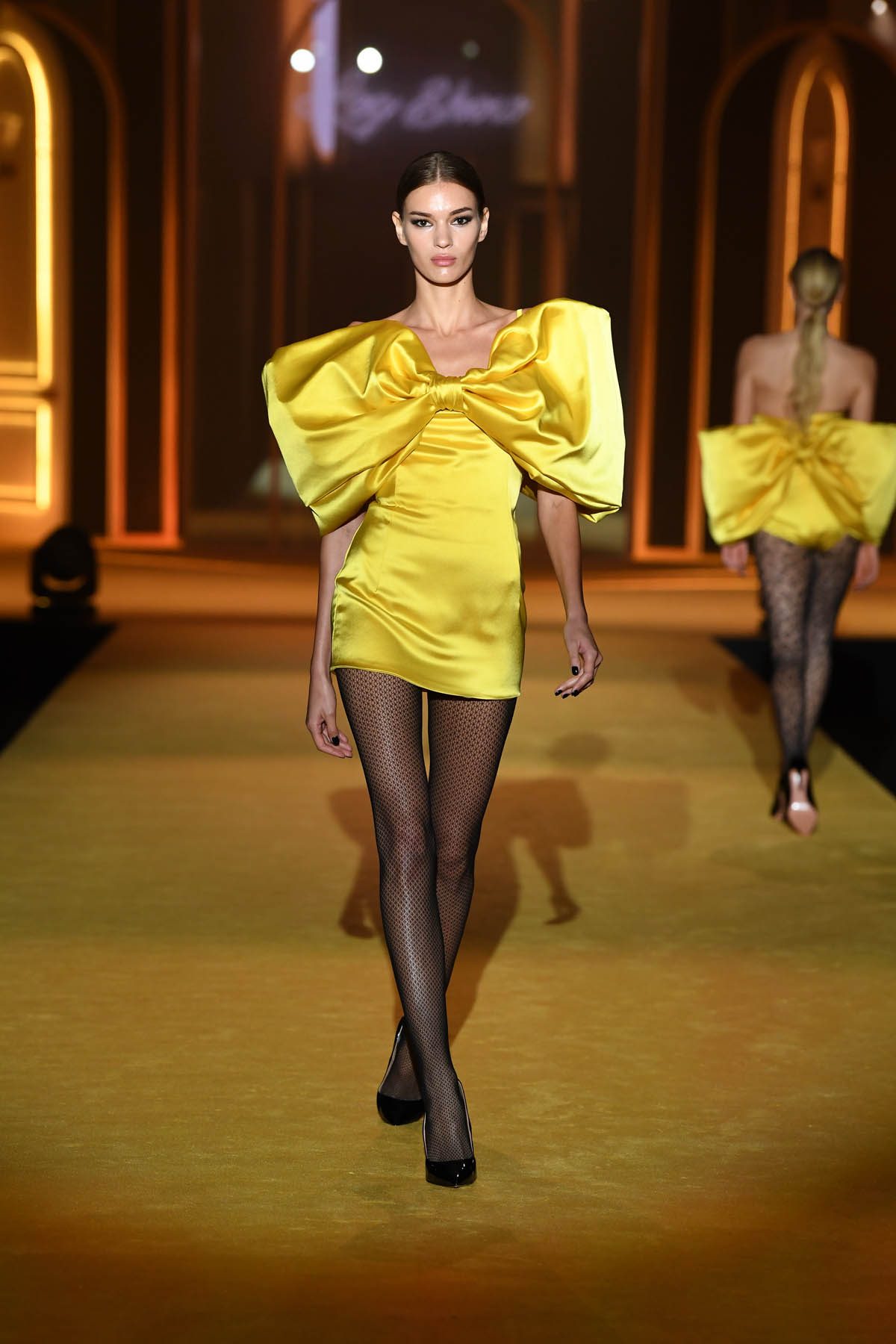 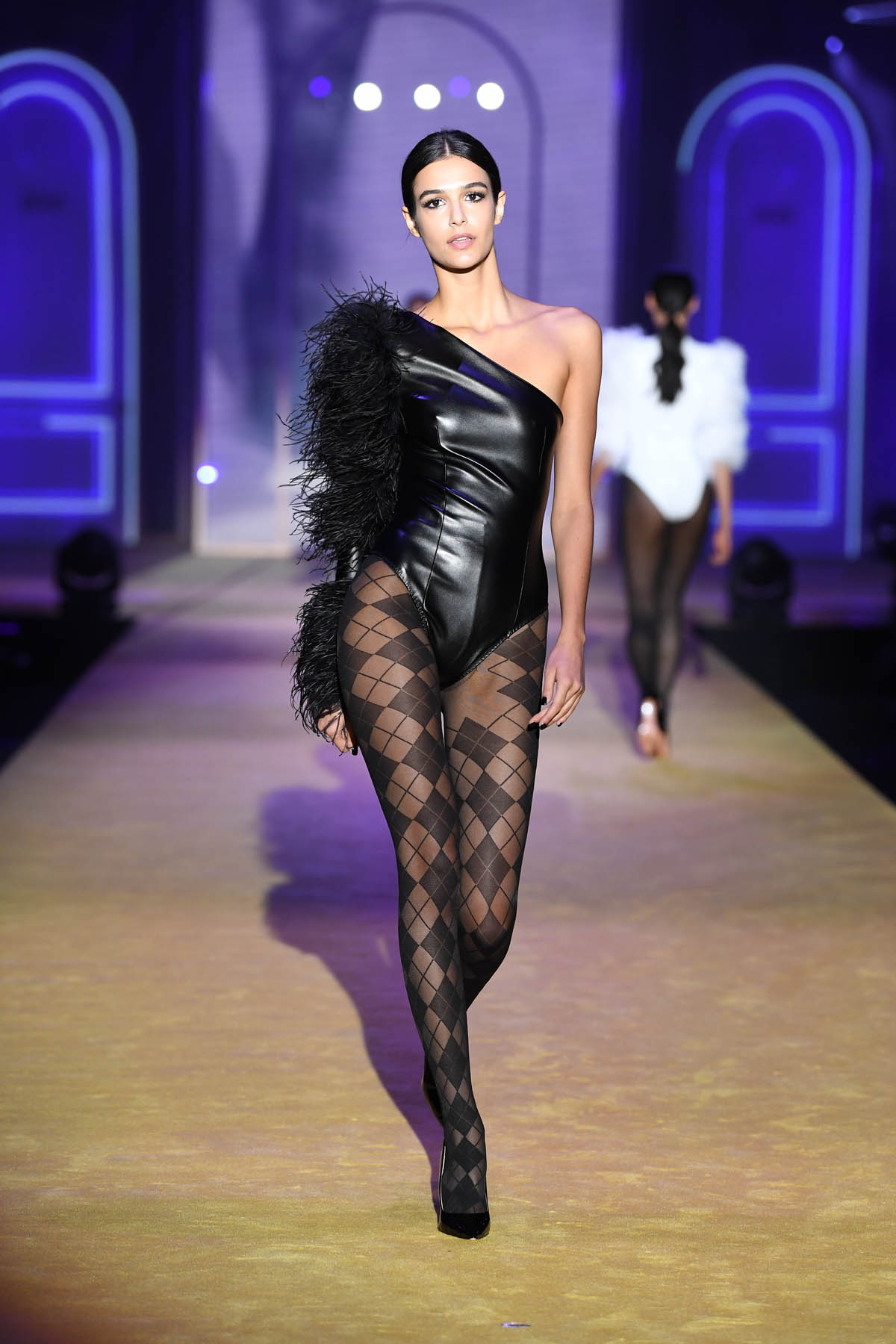 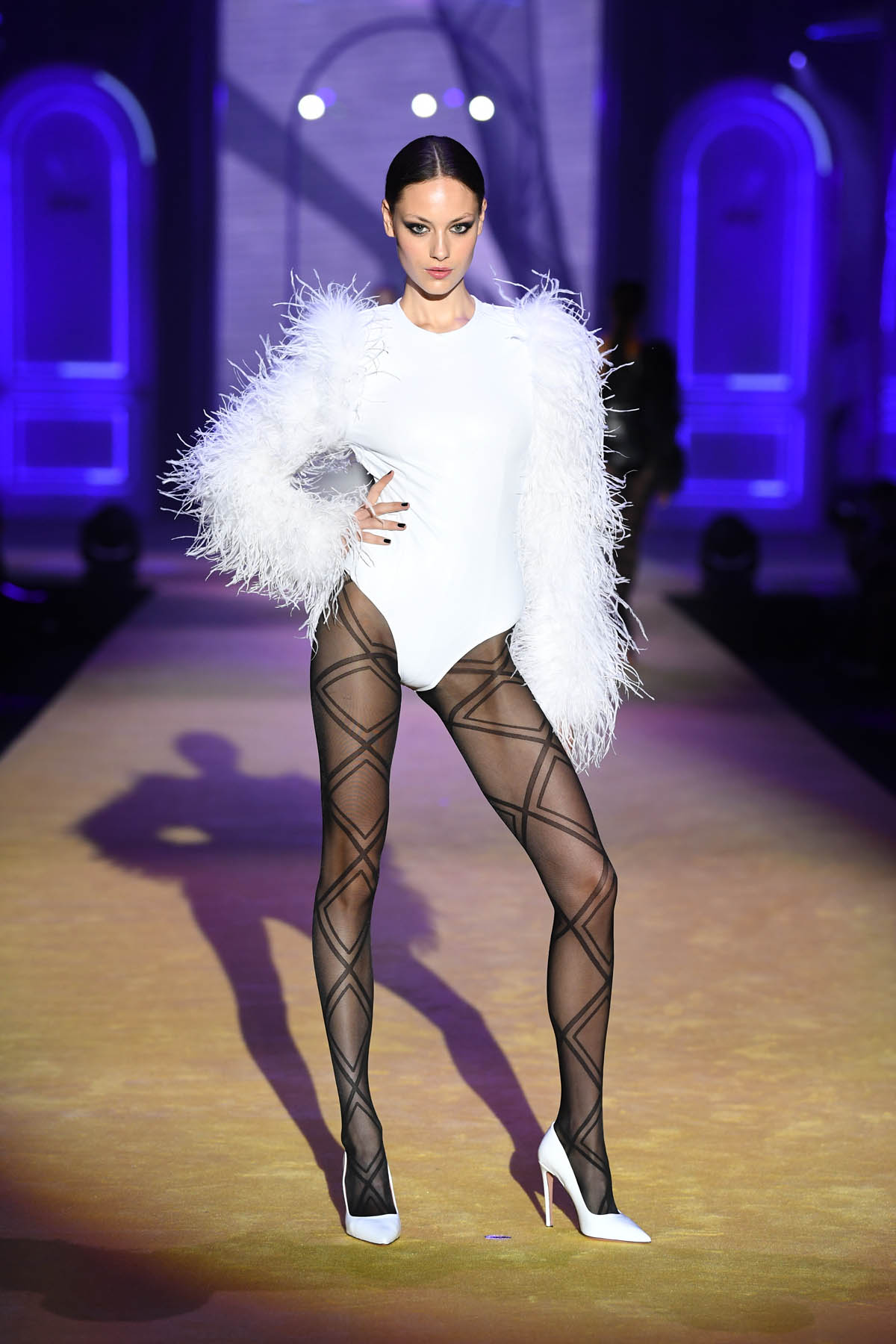 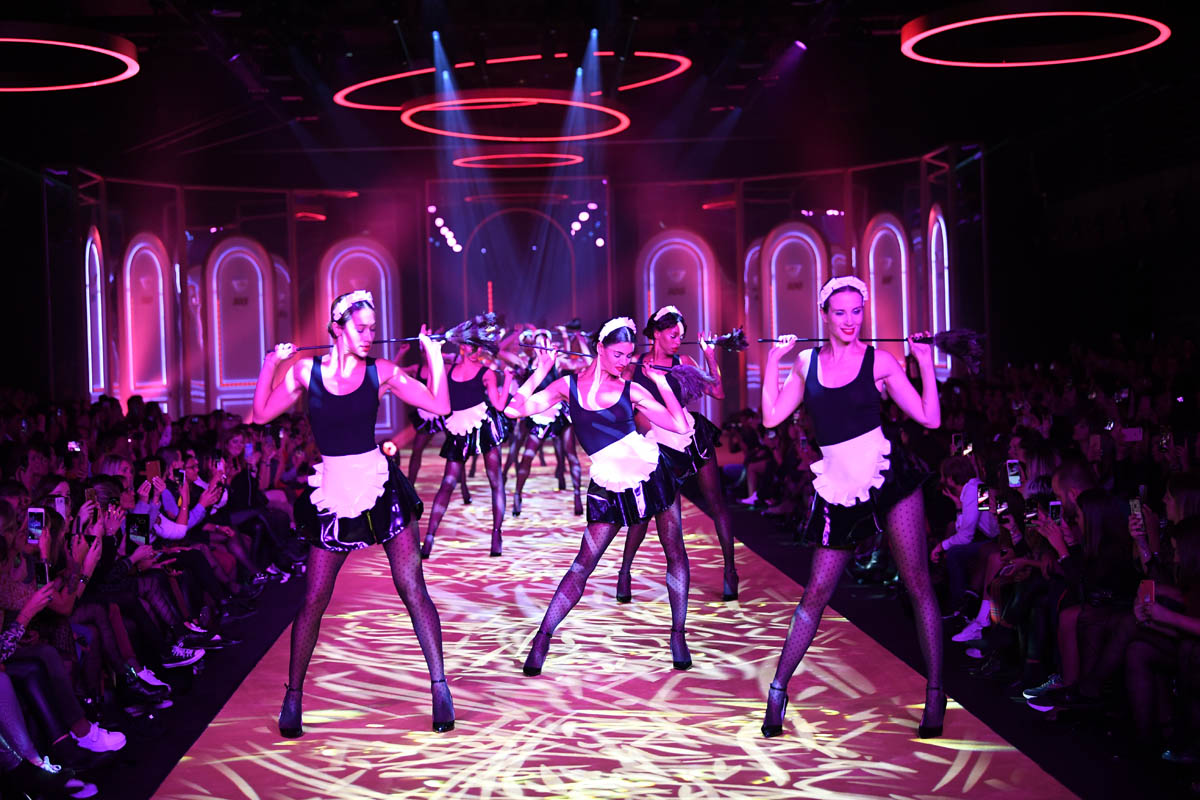 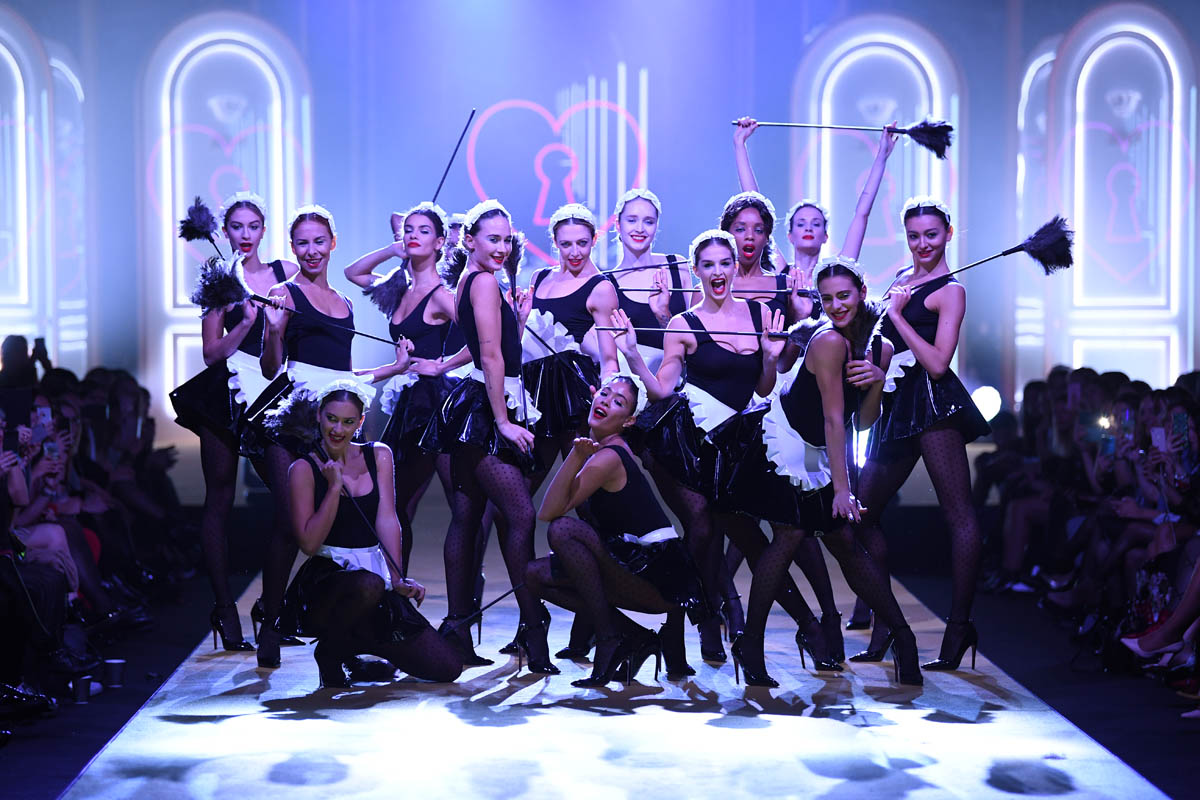 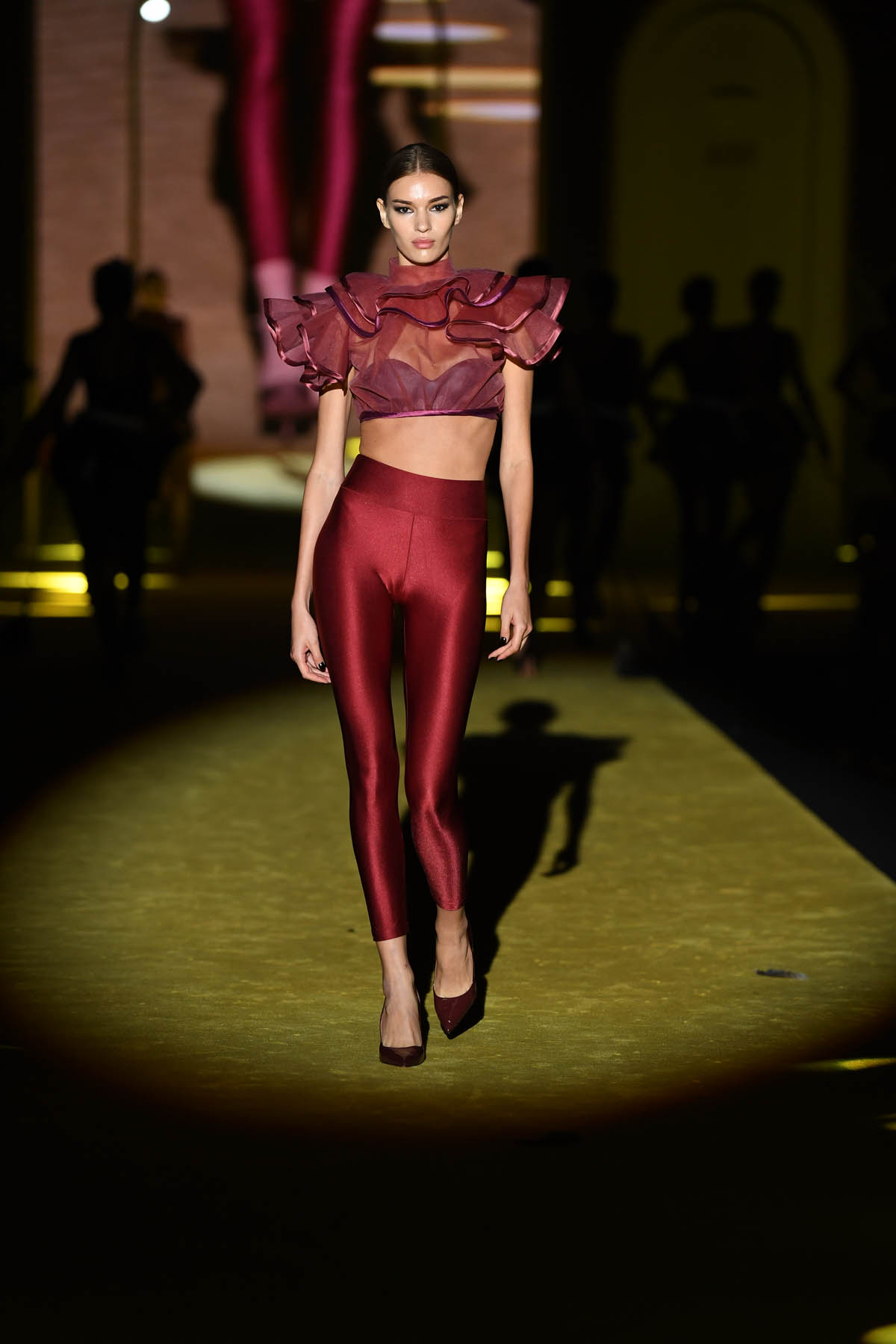 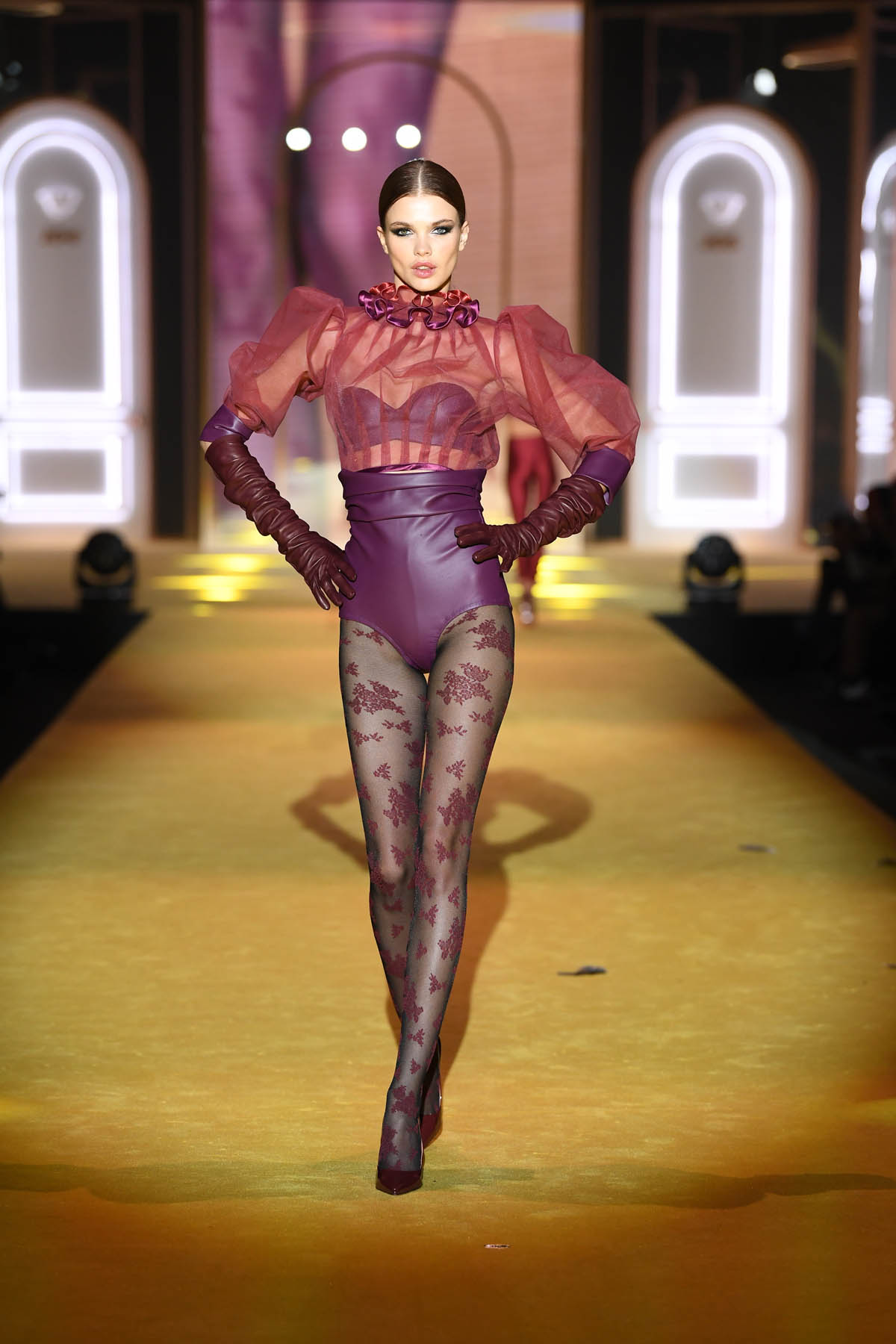 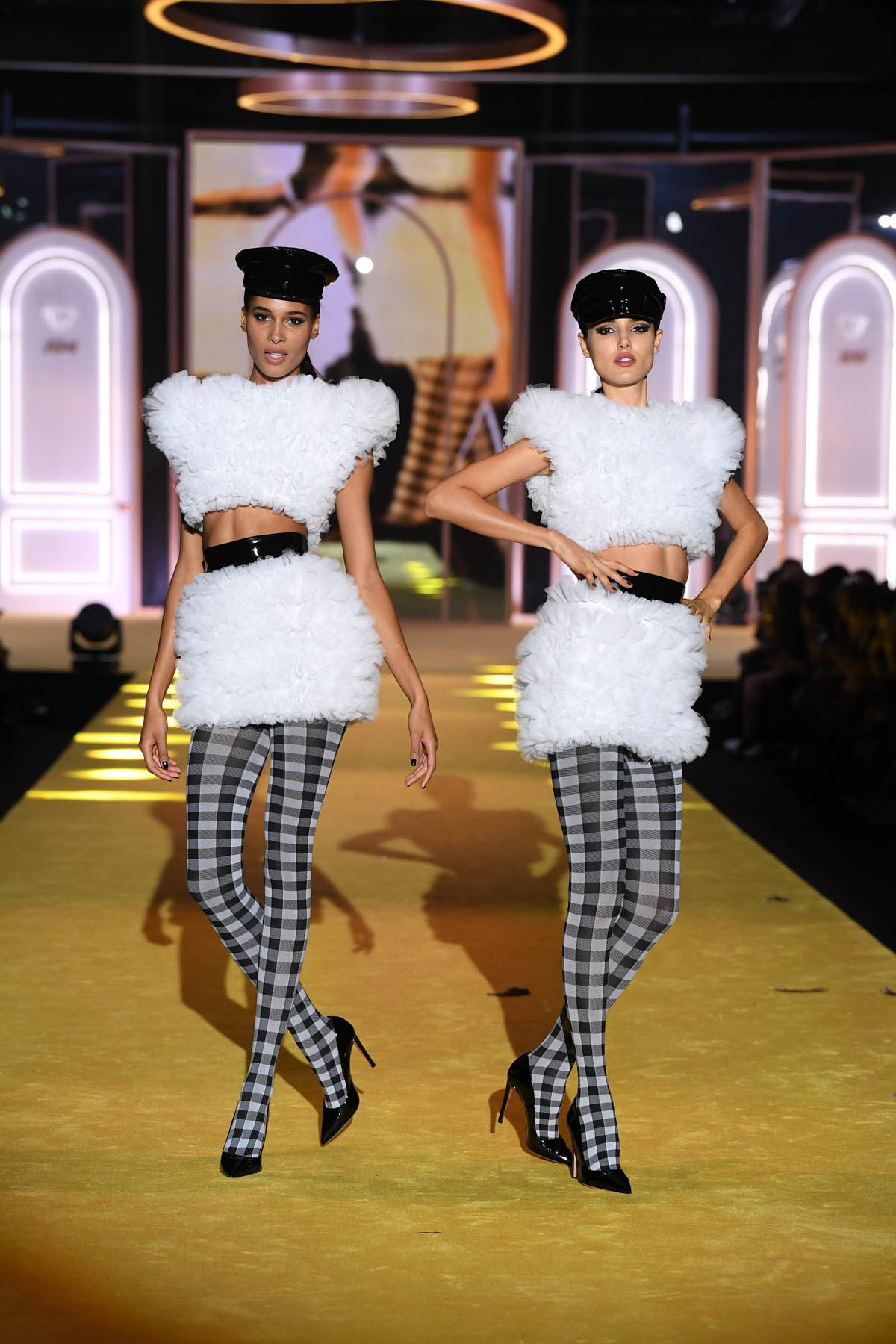 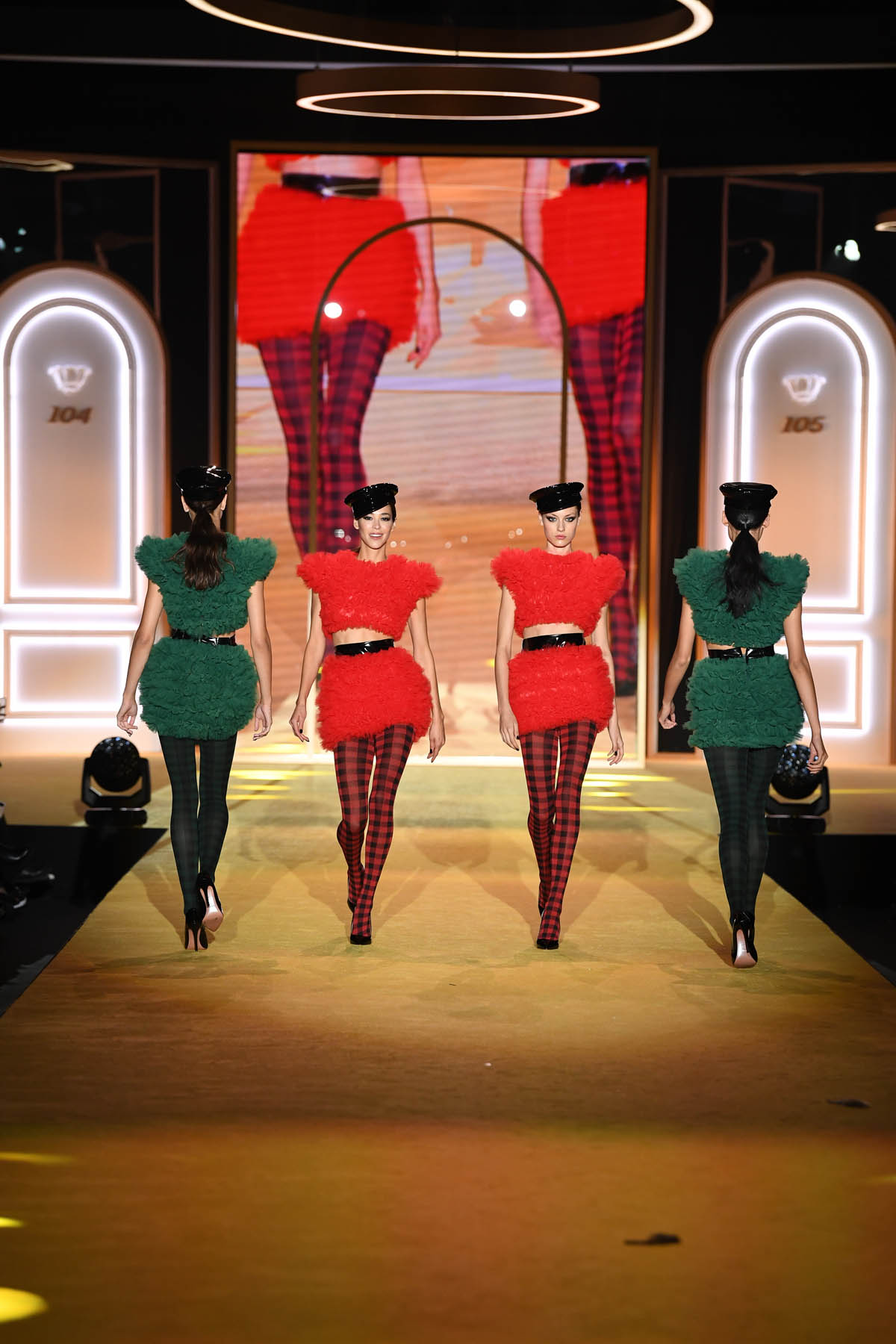 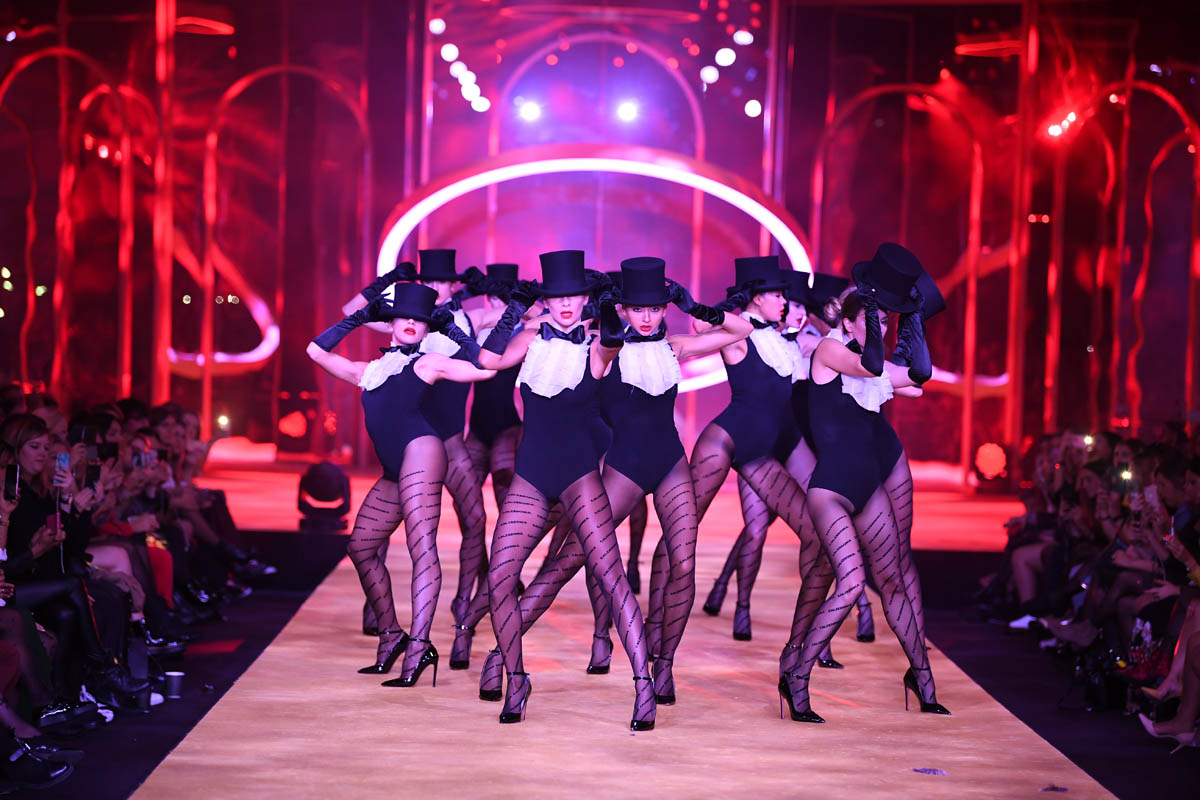 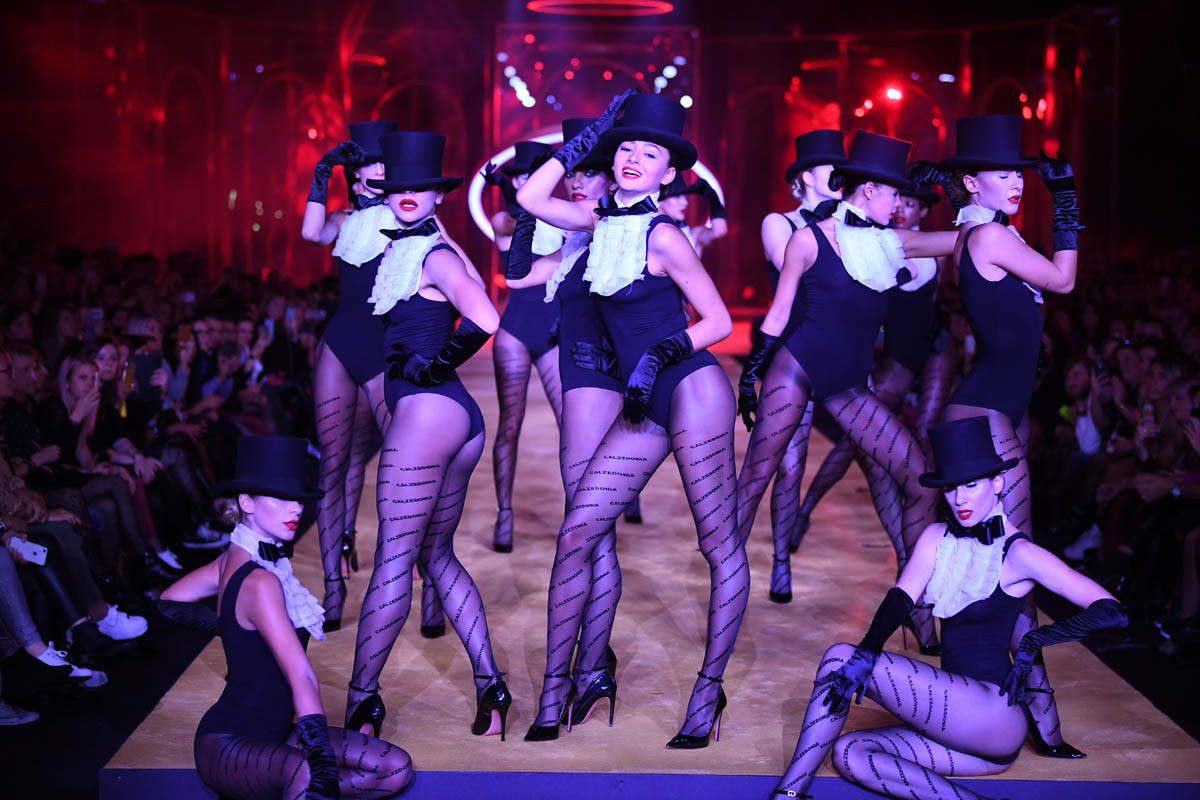 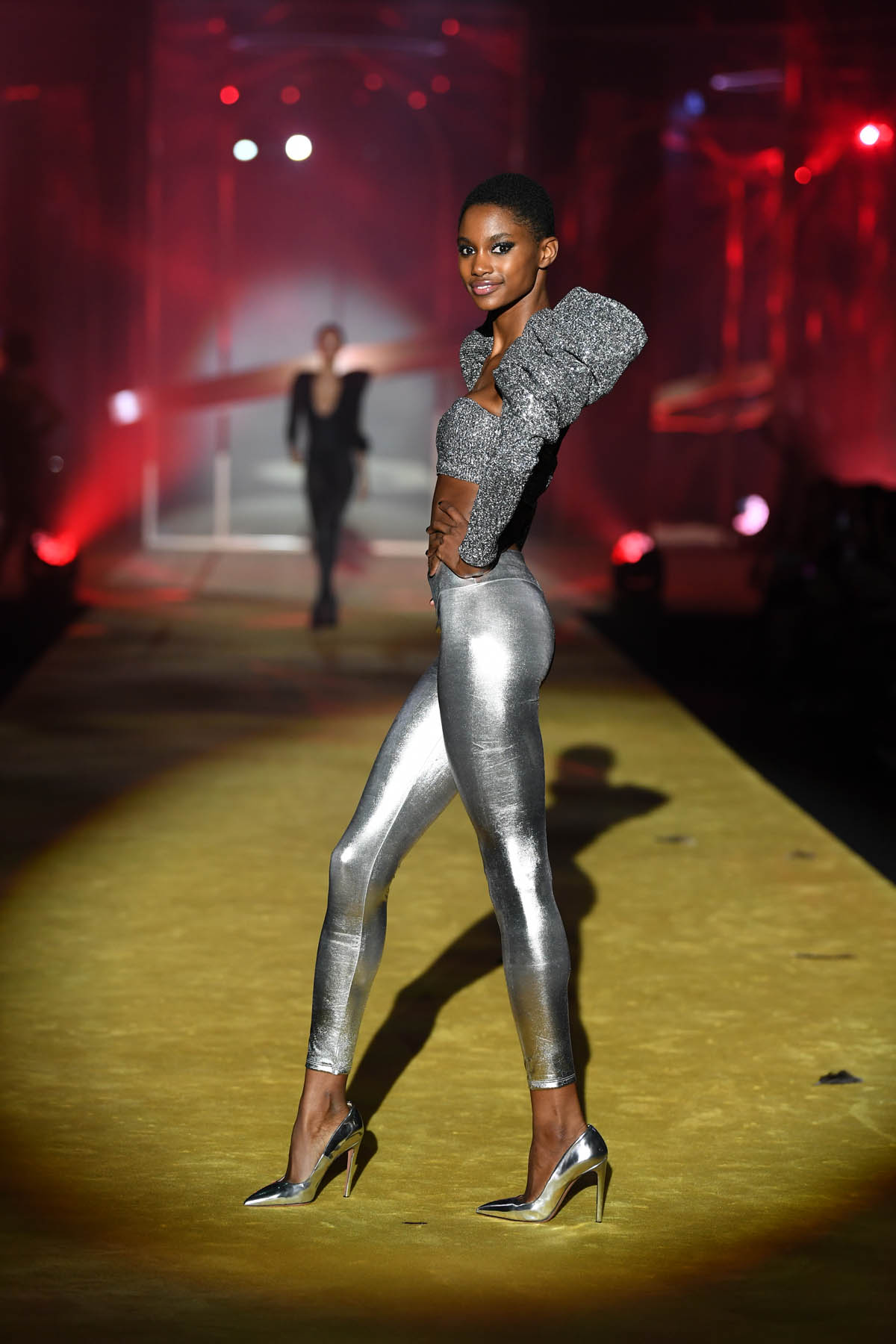 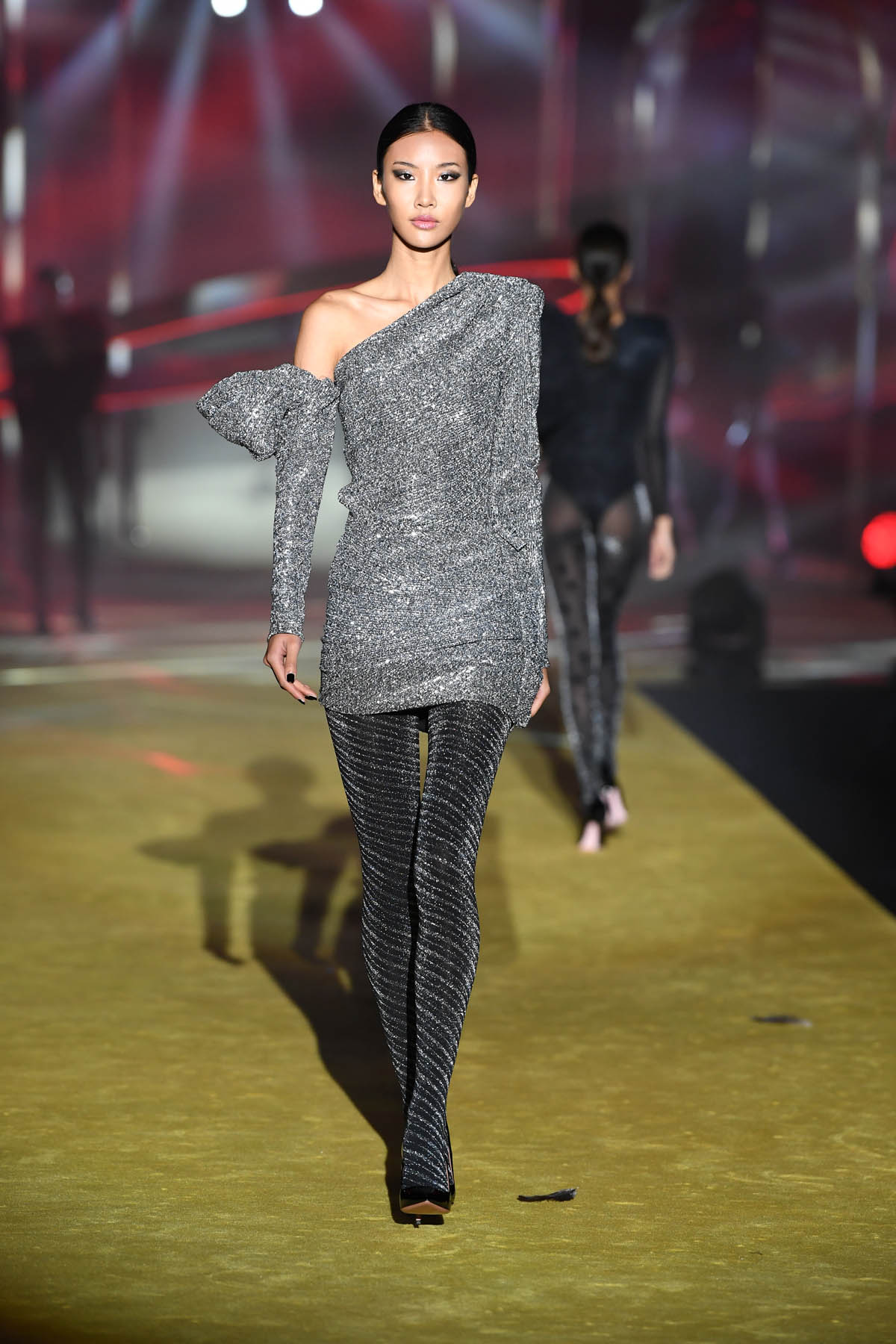 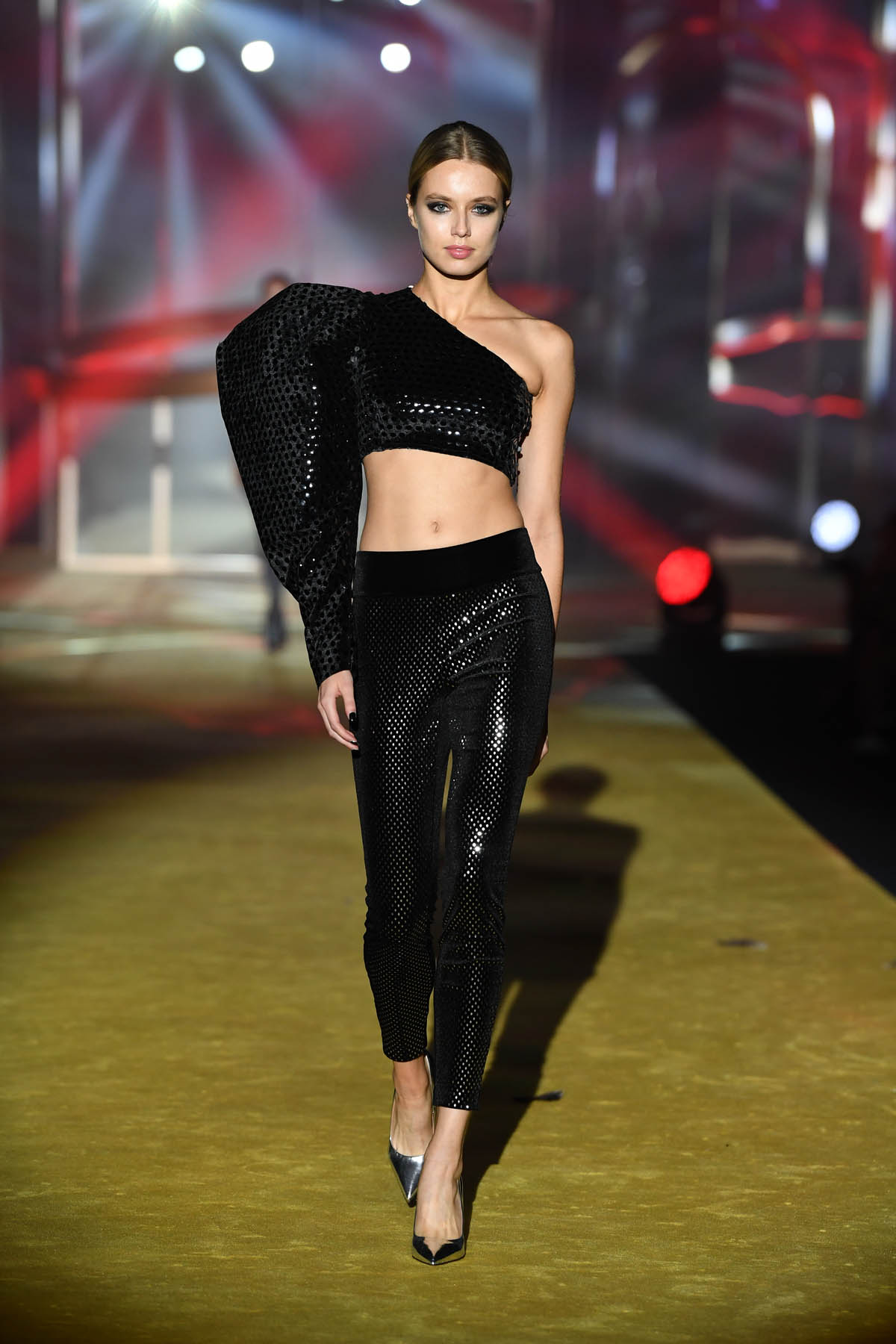 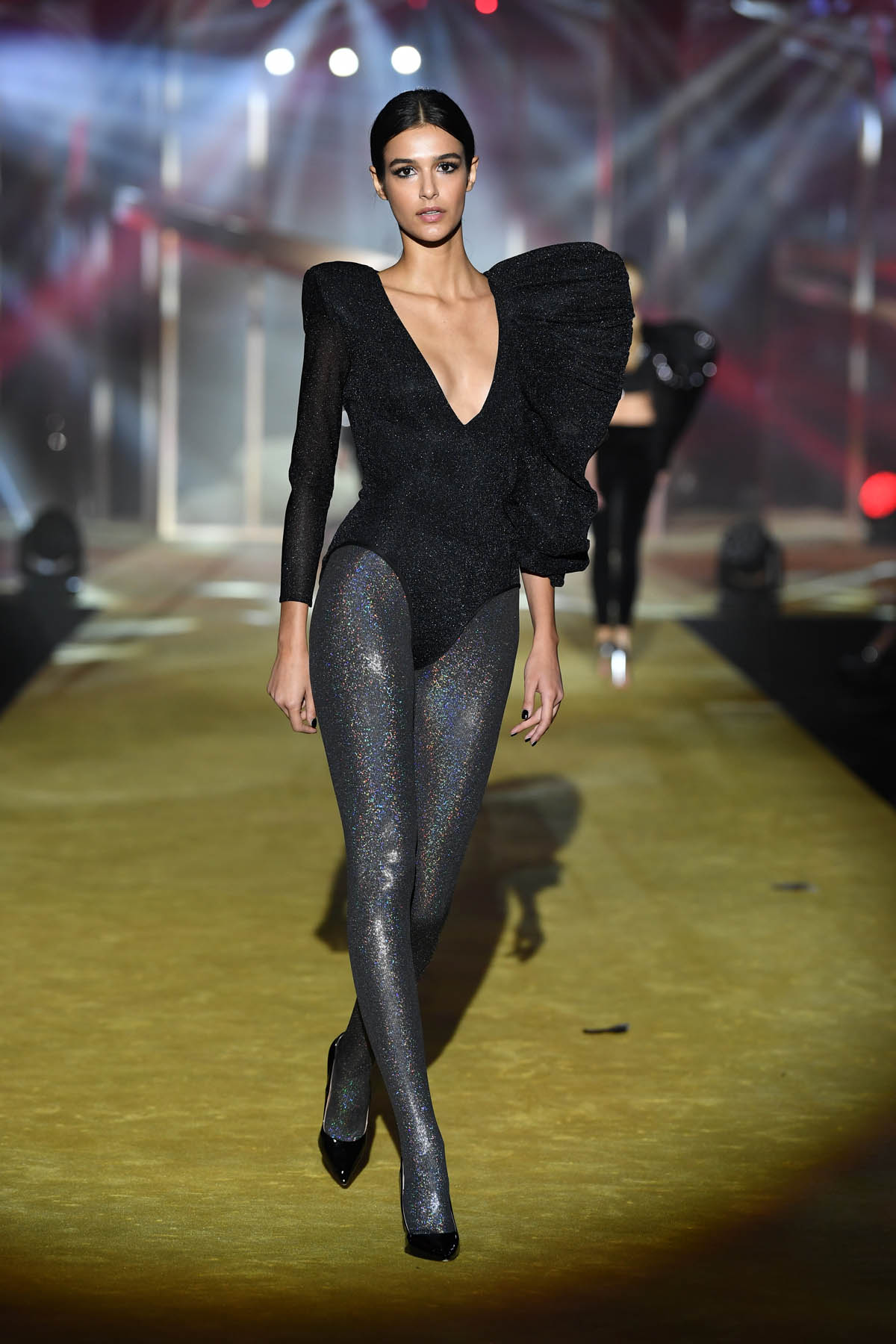 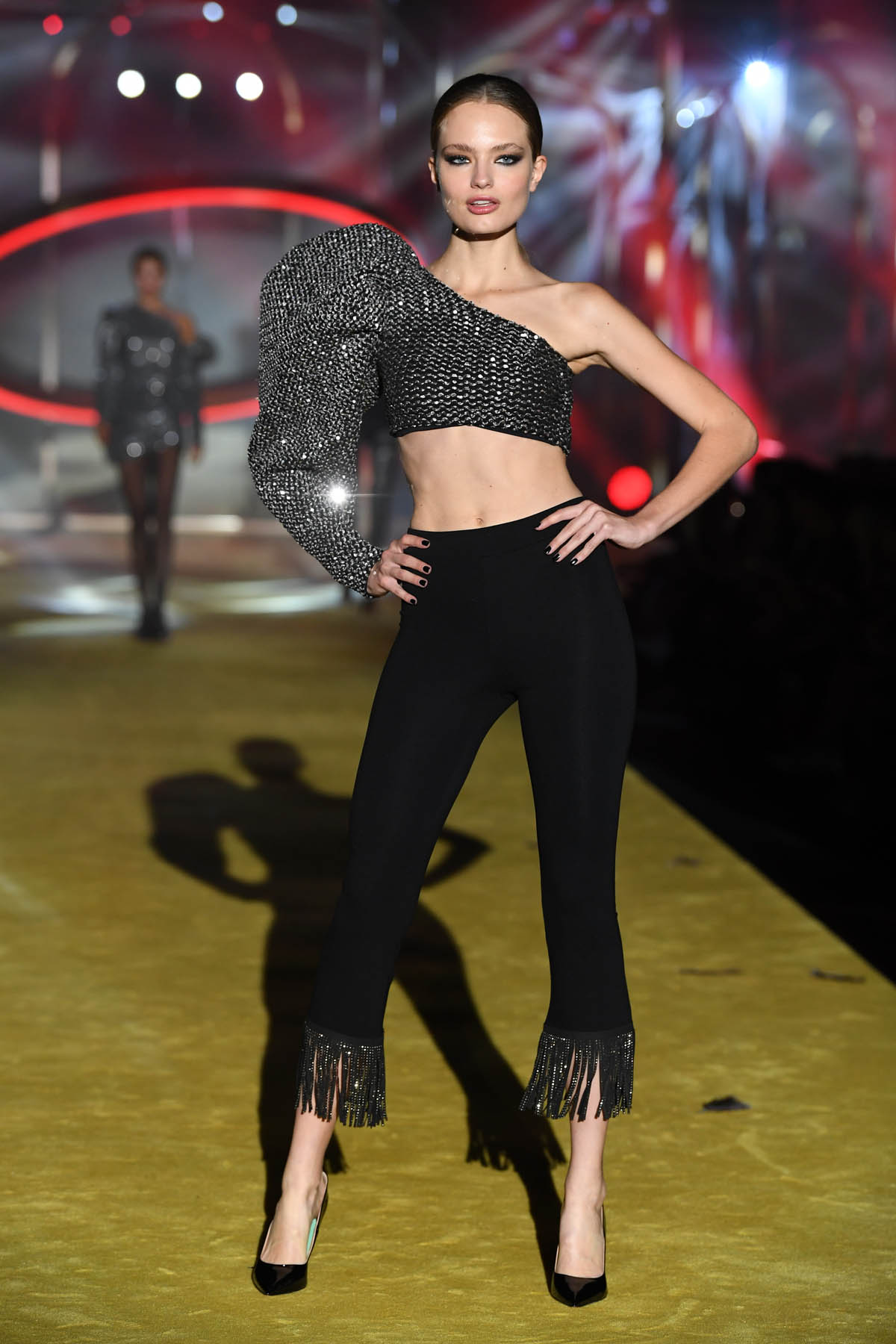 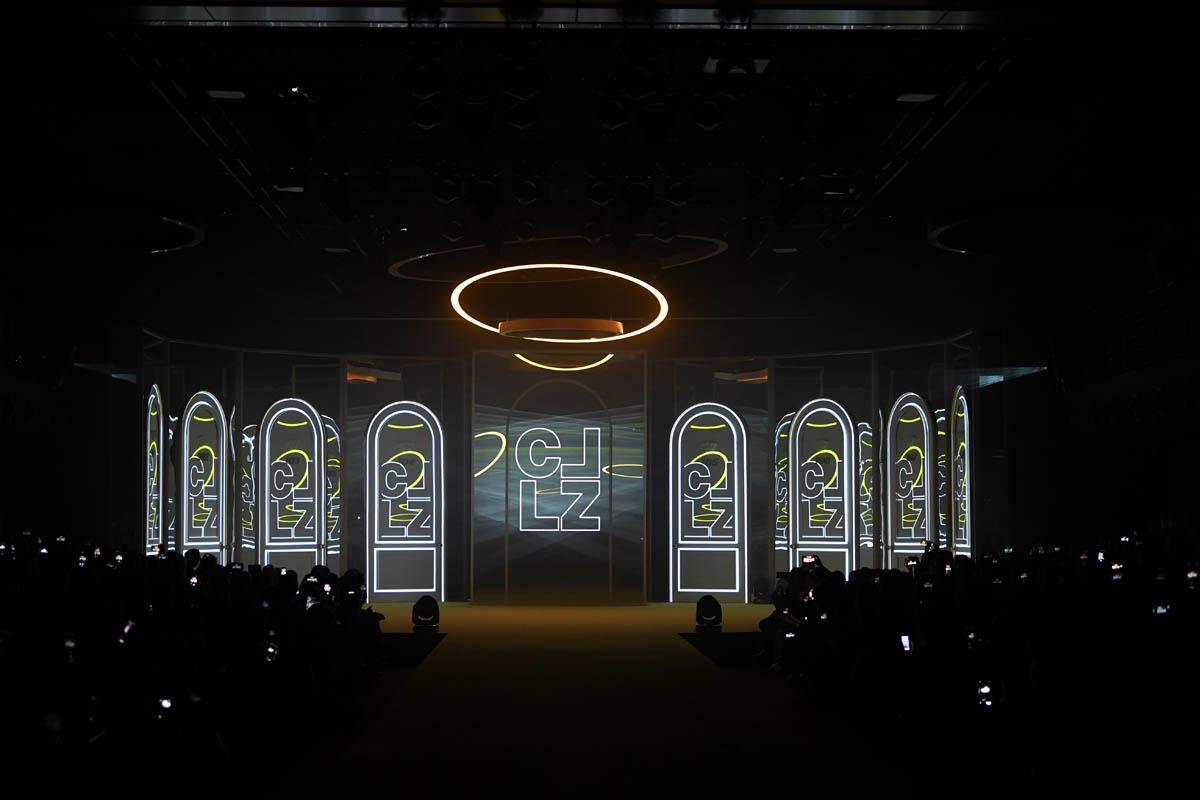 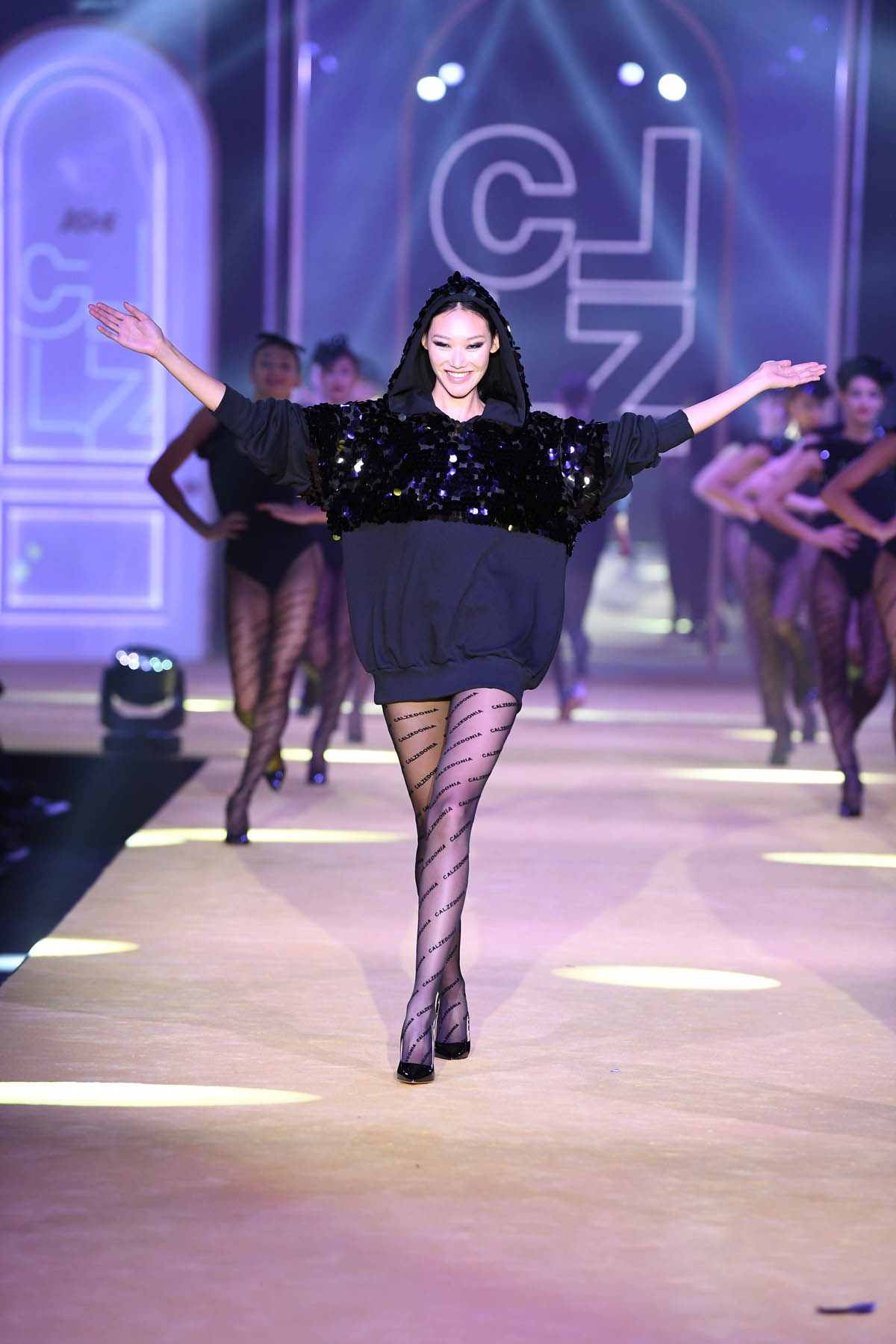 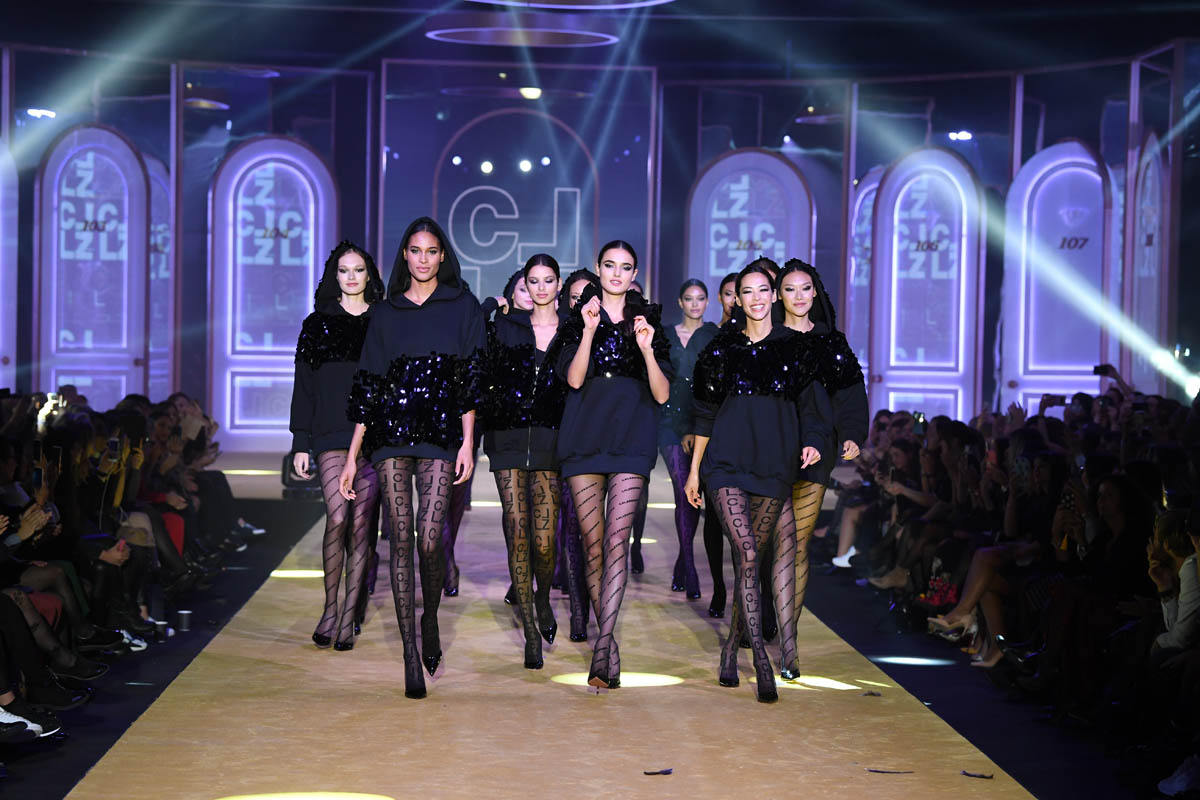 IRINA SHAYK SPEAKS ABOUT THE GREEN COLLECTION WONDER WOMAN THE FIRST SUSTAINABLE MINI COLLECTION FROM INTIMISSIMI. SPRING/SUMMER 2020 COLLECTION SPRING/SUMMER 2020 – LINGERIE
Our website uses cookies to render browsing as functional as possible and to collect statistical data regarding its use. For further information or to refuse to grant your consent to all or some cookies, click on the link below. By continuing to browse this website, you accept our cookies.AcceptRead more